Some simple questions have very complex answers. I am often asked, “What is the very best medicine for ADHD?”

The right answer might be “The one that works,” but that is a bit glib. The best answer I’ve found is a redirection: “I don’t know which regimen is best for you, but I know how to help you find it.”

Medication selection is a process

In 2020, medication selection for ADHD is still an imperfect process that it is largely based on trial and error. It usually takes three to six months with monthly visits to the prescribing professional. It is understood that there will be “errors” in a trial-and-error process. We purposefully give medications at doses that are too low, then too high, just to be sure that we are dosing at the sweet spot.

It is often said that the “best” medications have an 80 percent efficacy rate, which is actually quite high in the larger world of prescription medication efficacy testing. But we cannot know ahead of time if you are in the improved 80 percent or the disappointed 20 percent until we do a trial.

“Eighty percent efficacy” needs definition. Technically, it means that 80 percent of participants in drug trials experienced moderate or large reductions in ADHD core symptoms. About 10 percent of the 80 percent typically discontinue the medication because of side effects, so the satisfaction rate is more like 70 percent. Moderate reductions in ADHD symptoms usually do not achieve the degree of improvement that most people hope for, so further modifications in the regimen are needed—coaching, CBT, additional medications, exercise, sleep rhythm therapy, etc.—to achieve real-life satisfaction.

We say a medication is effective if it significantly reduces ADHD symptoms, but that doesn’t make it “the right medication.” A medication can work very well on the one hand, but have side effects that aren’t compatible with continued use. Or it can last too long or not long enough. The result of a first trial will be either promising or disappointing based on both efficacy and tolerability. Subsequent adjustments are usually necessary to achieve “best fit.”

If you are in the disappointed 20 percent, you still have an 80 percent chance of a promising response to a different medication. If you experienced no improvements on a methylphenidate-based medication, you might consider a trial of an amphetamine-based medication or a nonstimulant such as atomoxetine. After two medication trials, nine out of ten people will demonstrate a promising response. The majority of the doubly-disappointed remainder will respond to further trials. Very few people fail to respond to trials of three to four ADHD medications.

The first thing to know before debating the merits of any of these preparations is whether or not methylphenidate works at all for an individual. Someone who responds to methylphenidate will usually respond to all forms of methylphenidate. If a three-hour immediate-release pill works, then all of the liquids, chew tabs, transdermal patches, instant-release, time-release or delayed-release versions will be effective, too. Conversely, if it does nothing to improve focus and time-on-task, a twelve-hour extended-release version is only going to give twelve hours of nothing.

The marketplace is getting more complicated all the time, but most of the many options available are simply different preparations of methylphenidate, amphetamine, or a nonstimulant. Initial trials become a little less confusing if you realize that the first job is to find whether a particular drug reduces ADHD symptoms. Only then can you proceed to find the best form of that medication.

The right medication at the wrong dose is still very wrong. Medication trials will include some form of titration—dose laddering that begins low and systematically increases. The process is something like fitting glasses: “Is five clearer than six? … Here’s five… and here’s six again. Now is four clearer than five? … four? … five?” With ADHD medications, we look for mental clarity, which is a bit more subjective, but still straightforward.

A medication that works well but causes side effects may not be acceptable.

Side effects are unpredictable, and can be very different from one person to another.

Each has to be considered individually.

Of course, medications must be more than just effective; they must also be tolerable. No one ever gets all the side effects in that terrible list the pharmacists give with every prescription, but no one gets none either. A medication that works well but causes side effects may not be acceptable. Side effects are unpredictable, and can be very different from one person to another. Each has to be considered individually.

Side effects can vary from benign to serious, from mild to severe, and from transient to persistent. Dry mouth is one of the most common side effects with ADHD medications, but it is usually mild, benign, and transient. Few patients think to mention it. Paranoia and elation are rare examples of very serious adverse reactions that require immediate discontinuation in even mild cases. They indicate disruptions in normal brain regulation that are unacceptable no matter whether attention is improved or not, and they rarely get better with continued use.

Most side effects get better over time, but a few don’t, so all should be discussed with your prescriber. Stimulants commonly delay sleep onset for ten to fifteen minutes which usually resolves within one to three months. Most people can adjust to that change. Uncommon cases of severe insomnia lasting one to four hours are usually persistent. Mood irritability in an ADHD medication trial is usually persistent if no changes are made, but often resolves if the dose or formulation of the medicine is switched.

Setting expectations for a trial of medication

Medications don’t simply “work” or “not work.” It is rare for a medication to do literally nothing. Promising medications lower the frequency of core ADHD symptoms in the short term, but not all of the impairments in ADHD respond immediately.

It is reasonable to expect focus to improve and distractibility to lessen in the first weeks of therapy, but improvements in organization, study skills, driving, or emotional regulation can take months to years. Prescribers need to know which symptoms or impairments are most important to help devise a treatment plan.

A number of executives and business owners with ADHD ask for therapy to improve their family life in the mornings and evenings. During the day, they concentrate on their interests and appoint people to do what they cannot, but that luxury is not available at home. “Don’t give me the medicine my kid takes that starts working when he gets to school and quits by the end of supper,” said one. “Those are the hours I need it the least.”

Patients starting a medication should tell the prescriber what their personal goals are for medication therapy. Medication selection can change based on these requests:

Of course, there are circumstances where specific stimulants make more sense: 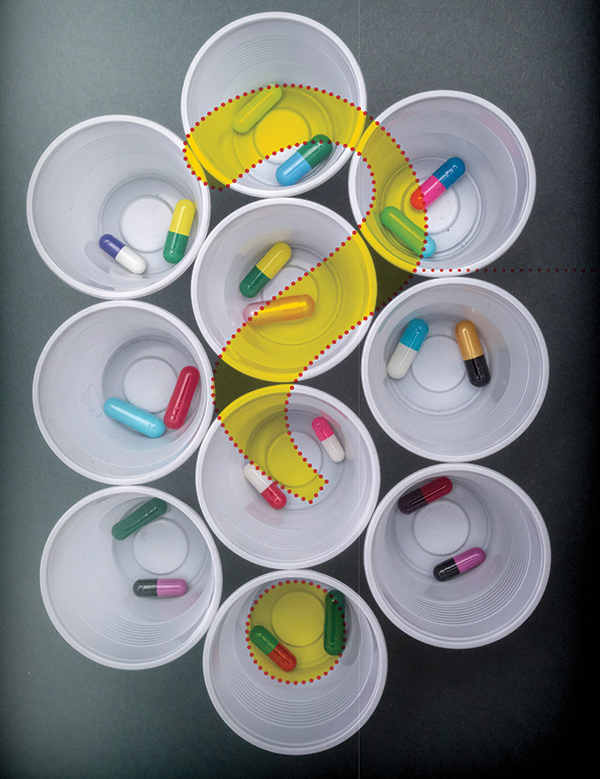 Can science predict response better than a human prescriber?

Pharmacogenomic testing has become quite popular. Unfortunately, it is not yet predictive enough to help with the medication selection process. It is improving all the time, and there is good reason to hope that it will someday help us shorten the trials and eliminate some of the errors.

This detailed article only begins to scratch the surface of the process used to optimize ADHD treatments. The takeaway lessons are briefer:

So, what is the best medicine for ADHD? The answer to the question comes in your journey, not from a textbook.

Oren W. Mason, MD, is a family physician and an assistant professor at Michigan State University College of Human Medicine. Since 2000, he has specialized exclusively in the diagnosis and treatment of children and adults with attention disorders. In 2008, he founded Attention MD and currently treats over 1000 patients with ADHD, executive function impairments, and accompanying comorbid conditions. He has published research on combination therapy for ADHD, ADHD management in a primary care setting, and stimulant prescription abuse. He has also authored educational programs for physicians who treat ADHD. Dr. Mason speaks internationally to professional and lay audiences about ADHD, and he is the author of Reaching for A New Potential: A Life Guide for Adults with ADD from a Fellow Traveler. Dr. Mason lives in Grand Rapids, Michigan, with his wife, Christine, who is also a family physician. Two sons were born in 1992 and 1995, and in 2001 the Masons expanded their family to include five Sudanese teenagers orphaned by the civil war in South Sudan. They maintain a personal interest in the education and medical care of the poor in the developing world.