Dani Donovan proves that sometimes the best way to educate others about a disability, disorder, or difference is through humor and simplicity. Her comics aim to validate the suffering experienced by people affected by ADHD, who often feel misunderstood and isolated.

Donovan’s visuals illustrate her personal journey and struggle by showing others what the world looks like through her eyes. Her illustrations have been viewed by millions and will continue to reach audiences around the globe. The response, she says, has been overwhelming—far beyond anything she had imagined it would be.

It all began in December 2018, when she created a flowchart to explain why it takes her so long to tell stories. 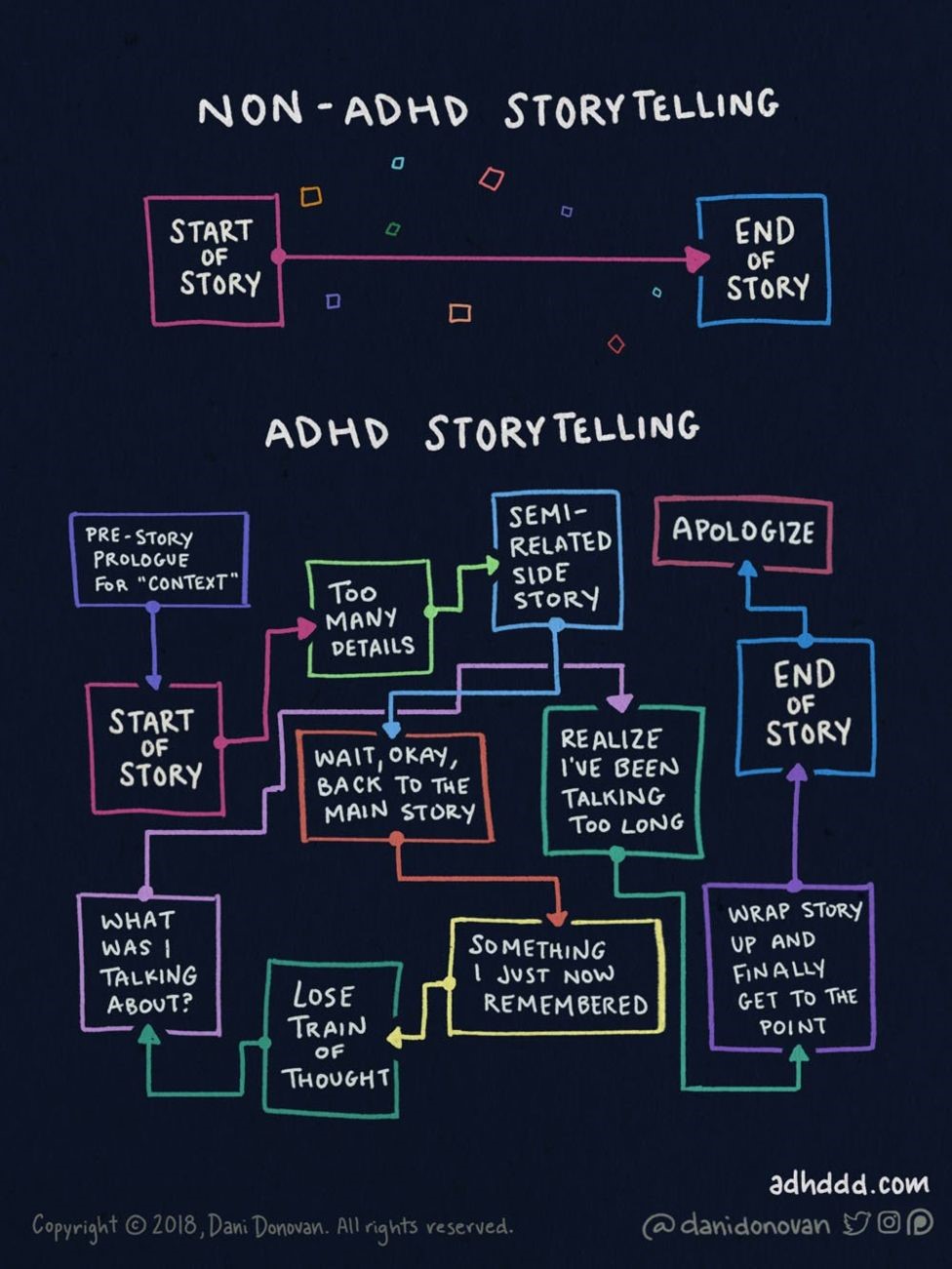 “My brain can have a hard time figuring out which thoughts or ideas are more important than others,” says Donovan. As it turns out, many others have experienced the same feeling. Soon after posting the flowchart, it went viral and was viewed by over 100 million people. Her comics have resonated worldwide and have been translated into a variety of languages, including Spanish, French, German, Portuguese, Japanese, Arabic, and Hebrew.

Donovan is quick to remind her followers that even though they might feel that her illustrations capture their personal challenges and experiences, it doesn’t automatically mean that they have ADHD. She’s not a professional healthcare provider, and she makes that clear to those who appreciate her art. That being said, a number of her fans have decided to seek further information regarding ADHD, hundreds of whom have since been diagnosed and treated. She has also been approached by schools and psychologists who wish to share her illustrations. Thousands of people with ADHD—children and adults alike—are learning to see their challenges in a hopeful new light, thanks to Dani Donovan.

Donovan works as a professional graphic designer in Omaha, Nebraska. She hopes her illustrations will continue to help foster an online community where those who struggle with ADHD feel understood, unafraid, and open to sharing their experiences. “I want everybody out there to be able to share a laugh, an internet hug, a bit of empathy, and a sigh of relief that they’re not alone in this,” she says. She created the #NeurodiverseSquad hashtag on Twitter to help cultivate this sense of belonging.

To help support Donovan’s work, readers can visit her Patreon page at patreon.com/danidonovan, where patrons can choose from different levels of support. Among many other benefits, Patreon supporters will receive access to new comics before they’re released to the public, as well as exclusive entry to the #NeurodiverseSquad Discord server for ADHD community discussion.

To date, Dani Donovan has created over 50 comics, some of which are presented here. 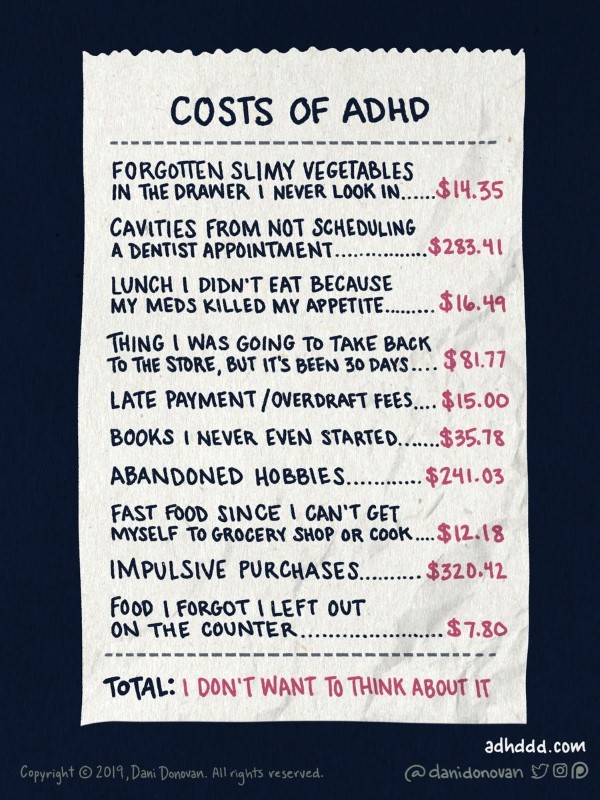