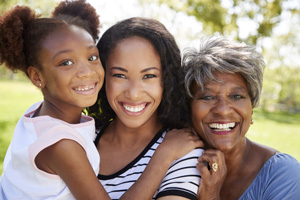 Many parents and some young adults look at ADHD symptoms and hope that maybe, just maybe, the young person will outgrow ADHD. While symptoms tend to change over time, and a hyperactive presentation can shift to predominantly inattentive, is it possible to leave a diagnosis of ADHD behind?

At one point, as recently as the 1980s and early 1990s, professionals and parents did think that youth with ADHD would outgrow the disorder by their late teens or early adulthood. Part of the reason for the belief was a lack of research following children into adulthood and a limited number researchers investigating adult ADHD symptoms at that time.

“But as the science of ADHD exploded in frequency over the next few decades, all this dogma was being overturned,” explains researcher Russell A. Barkley, PhD. “Children diagnosed with ADHD are not likely to grow out of it. And while some children may recover fully from their disorder by age 21 or 27, the full disorder or at least significant symptoms and impairment persist in 50-86 percent of cases diagnosed in childhood. Hence it is a myth to assert that all children having ADHD will grow out of it.”

ADHD has three main presentations, predominantly inattentive, predominantly hyperactive, and combined type. These presentations can change during the different stages of a person’s life, and they can be affected by life circumstance. Many children who display the predominantly hyperactive form can grow into adults who no longer display hyperactivity. Often these children were thought to have outgrown ADHD simply because they acted more calmly in daily life, even though symptoms of inattention, impulsivity, and disorganization remained.

Courtney Lopresti, MS, reports she is often asked, “Can ADHD, much like certain forms of epilepsy, be outgrown? Or does… ADHD stick around for the long term despite what clinicians once believed?”

The research, she says, is telling us no; even those adults who are no longer displaying ADHD symptoms are still experiencing the brain differences associated with ADHD. The presentation has changed, she writes, but the underlying disorder remains.

To measure this, Ms. Lopresti says researchers compared the brains of adults who were not diagnosed with ADHD to those who had a diagnosis as children. They looked specifically at the caudate nucleus, a section of the brain that contributes to a variety of cognitive functions. The researchers observed a clear difference between the brains of those without ADHD and those with the disorder.

“The surprising thing, however, was that this brain difference was present regardless of whether or not the participant still met the diagnostic criteria of ADHD,” she says. “In other words, young adults who had been previously diagnosed with ADHD in adolescence but no longer demonstrated clinically significant symptoms still had smaller-than-average caudate nuclei than people without a history of ADHD.”

L. Eugene Arnold, MD, MEd, is CHADD’s resident expert on ADHD and one of the researchers in the Multimodal Treatment Study of Children with Attention-Deficit/Hyperactivity Disorder (MTA). Among its findings, Dr. Arnold says, was that about 60 percent of the children in the study continued to experience ADHD symptoms into adulthood. However, some of those children were no longer considered to be impaired by those symptoms, either because they had become milder or the adults had developed coping skills to manage those symptoms.

“That’s the key—if you’re stressed out or having trouble functioning because of your ADHD, it’s time to seek professional help,” says Dr. Arnold. “If you develop good habits for things that can be handled automatically (i.e., habitually) like always putting things in the same place or paying a bill as soon as it comes, you don’t have to pay attention to those things, so difficulty in paying attention isn’t such a handicap. The good news is that ADHD usually isn’t as severe as in childhood, can be manageable with the right help, and can be responsive to options not available to children, such as changing jobs.”

Symptoms of adult ADHD include many of the same symptoms experienced by children, but can also include:

Often adults will let treatment or management of ADHD lapse until changes occur in their way of life or work or home situations. A new evaluation for ADHD and possible co-occurring conditions can be done at any time. For adults, treatment options include lifestyle support and medication management, along with therapies that can address specific concerns or coexisting conditions.

“Not only can adults still meet the diagnostic criteria for ADHD, but adults who are technically ‘recovered’ from ADHD may struggle with certain cognitive tasks, experience less-than-healthy neural activity, and have irregular levels of gray matter in certain brain regions,” says Ms. Lopresti. “ADHD doesn’t disappear just because symptoms become less obvious—its effect on the brain lingers.”

Join the discussion: When were your first diagnosed with ADHD?