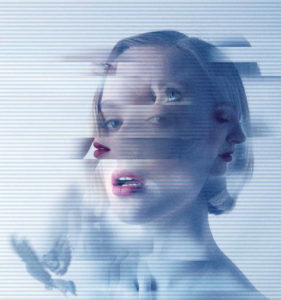 WHAT’S IT LIKE TO BE A WOMAN WITH THE INATTENTIVE PRESENTATION OF ADHD? First of all, it’s likely that you were not diagnosed when you were a girl, because girls are diagnosed only when a parent or teacher suspects ADHD and refers them for assessment. And girls can be quite chameleon-like, especially at school—working hard to go under the radar, to please the teacher and to do what is expected of them.

This means that many undiagnosed, inattentive-type girls live their lives in a state of stress. These girls begin to lose confidence and with no better explanation, many of them decide that they are “dumb.” And for those girls with ADHD who are very bright, their grades are good and no one knows the struggles they experience. No one knows the anxiety that overcomes them as they procrastinate over long-term assignments and then, at the last minute, turn in an assignment that puts them near the top of the class.

When these little girls grow into women, they arrive at adulthood often struggling with anxiety and/or depression. And when they seek counseling, these are the diagnoses they receive, leaving their ADHD still in hiding, but causing countless challenges as they go about their daily lives.

The way inattentive women learn to cope varies according to temperament and individual situation. Some women marry someone who can take care of the life-management tasks that are so difficult for them. Others go into hiding, leading lives of isolation while putting all of their energy into being competent at work. Many women with inattentive ADHD never have the opportunity to live up to their potential, because they have dropped out of school or have intentionally chosen low-demand, low-pay jobs in order to manage their anxiety. There are as many variations on inattentive ADHD as there are women that have it, but it can be useful to look at common patterns.

Time is an elusive concept for most women with ADHD. Without constant external reminders, many inattentive women have no sense of the passage of time.

A woman we’ll call Marie, now approaching sixty, talks of having had a better sense of time when her kids were still at home. “They had to get up and go to school, they had to get to their activities, so I had to pay attention to the time. That doesn’t mean that they didn’t miss the school bus on occasion, or that I didn’t arrive late to pick them up from a lesson, but for the most part, I kept track of the time.”

Now, Marie tells me, she has little sense of time during her day. She wakes to a radio alarm clock, but then lies in bed listening to story after story on NPR, her favorite station. Twenty or thirty minutes later, she will startle when she realizes how much time has passed. During her day at work, she becomes lost in projects and has great difficulty setting priorities. Although she’s very good at many aspects of her job, she longs to retire, because her most recent supervisor is very production-oriented and doesn’t appreciate Marie’s slower and more perfectionist way of doing things.

Marta, a trained designer, has stopped working professionally because she missed too many deadlines and made too many careless errors in her work. She described working very creatively on a design project only to realize that she had missed important details such as the deadlines or budget restrictions—she was only focused on the creative aspects of her work. After one too many last-minute panics, she decided that work had become too stressful.

Since her husband was able to provide financial support, she decided to stay home and engage in volunteer work. Marta was very involved in her community, but was careful never to take on tasks that required organizational management. She had wonderful ideas for community events and for decorating for these events, but wisely stayed away from keeping schedules, email lists, and budgets. At home, despite her best efforts, Marta was constantly in the process of “getting organized.” She did her best to keep the common areas of the house in order, but her private office in the basement was chronically chaotic.

So many inattentive women put their best face forward, but are constantly on guard against the real or imagined criticism of other women. Kathy had a couple of good friends from high school who had stayed in touch over the years. With them she could let her hair down and talk about the difficulties in her marriage or about her struggles with depression.

But with the rest of the world she used her wardrobe and make-up almost like armor protecting her from the judgment she anticipated from other women. She confessed to spending far too much money on clothing, a real point of contention in her marriage, and never left the house for work without her make-up carefully done, her hair coiffed, and wearing her latest expensive work outfit. Kathy put every ounce of effort into her appearance, even when going to the grocery store, but at home she collapsed into a housecoat and slippers.

Home was her safe place. She was sometimes late for work or social engagements because it was so difficult to transition from her sanctuary and gear herself up for the challenges of social interaction. Kathy never entertained. The thought of making her house look perfect, much less planning and cooking a meal, were overwhelming for her.

Sonya was a very talented artist married to a hard-driving businessman who took care of the practical side of life. At home, Sonya had great difficulty keeping order. Her husband was out of town most of the time, and she attempted to straighten up before his arrivals. Life completely fell apart for Sonya when her husband, after more than twenty years of marriage, announced that he wanted a divorce. Aside from a few years of independence after college, Sonya had been very dependent—first upon her parents and then upon her husband. Sonya’s world came apart as she fell into a deep depression.

Eventually, through treatment for both depression and ADHD (diagnosed following her son’s diagnosis), Sonya felt better, but continued to struggle with her daily life. She stayed up until 2 or 3 AM, then remained in bed until late morning. Able to survive on her alimony settlement, Sonya kept declaring that she wanted to get a job, but the few jobs she found were low-paying and short-lived.

After her son left home for college, Sonya began renting bedrooms to young people she came across whose lives were even more dysfunctional than her own. Although she told herself that she rented rooms in order to reduce her housing expenses, in reality Sonya needed the companionship and enjoyed playing a maternal role. These young people wouldn’t judge her as the rest of the world might, and they kept her from complete social isolation.

Women with ADHD often have children with ADHD. These children can be very challenging to raise and need a level of structure and support that can be difficult to provide. An inattentive woman with ADHD who has difficulty creating structure for herself is ill-equipped to provide such structure for her children. Laura found herself in this situation. She was a very quiet and rather socially withdrawn person by nature. She and her husband had two sons, both very bright and both with ADHD. Because of her difficulty in setting limits, providing and enforcing structure with her sons, her husband had played a very active parenting role over the years.

During those few times when her husband William was away for a week or more, life became very stressful for Laura. Often, she and one of her sons would end up in a screaming match because she wanted him to simply do what she had asked without resistance or reminders—not a very realistic expectation to have of a teenage boy with ADHD. William worried about being away from the family as he was the calmer, more stable force, keeping the peace between his wife and his two sons with ADHD.

All of the women whose stories I’ve told are bright and creative, but struggling to meet the expectations of the world around them. One of the realities that needs to be recognized is that women with ADHD are faced with social expectations that are far more demanding than those placed upon men.

It remains true that women are expected to keep the home, plan and prepare meals, keep track of the schedule of each family member, make appointments for the children, meet with the teachers, set the social calendar for the family, manage the laundry, maintain the household and meanwhile, most often, work full time. On top of this, women with ADHD are very likely to be doing all of this as a single parent! This is not a reasonable set of expectations for any woman. When ADHD is added to the mix, the demands become impossible—and too often, the woman with ADHD sinks into feelings of inadequacy and self-blame.

● Provide encouragement to stop placing unrealistic demands upon themselves.

● Help them to create an ADHD-friendly family where inattentive ADHD is understood and not judged.

● Help them to simplify and de-stress their lives.

● Guide them to build in daily time-outs to avoid burnout.

● Help them to eliminate or delegate as many tasks as possible.

● Teach them to emphasize the positive in their life.

● Encourage them to associate with people that appreciate the best in them.

Much remains to be done to teach the mental health community—and the world—to better understand the very real challenges that women with ADHD face and how best to help them reduce stress and live calmer, more satisfying lives.

Kathleen G. Nadeau, PhD, is director of the Chesapeake ADHD Center of Maryland in Silver Spring. She is a psychologist who has practiced for over thirty years, specializing in the diagnosis and treatment of ADHD. An internationally recognized authority on ADHD, she has served on the national professional advisory boards of both CHADD and ADDA, and she is the cofounder of the National Center for Gender Issues in ADHD. She is the coauthor of Understanding Women with ADHD (Advantage, 2002) and Understanding Girls with ADHD (Advantage, 2015) and the author of ADD in the Workplace: Choices, Changes, and Challenges (Routledge, 2013), among others. Dr. Nadeau has appeared on the Today Show, the Morning Show, as well as on numerous radio programs and is featured in the video ADD from the Inside Out which was broadcast on PBS. She is a frequent lecturer both in the US and abroad on topics related to ADHD.