This assertion was something we used to hear a lot in the early days, back in the 1980s and 90s. But alas, in these days when many people are suspicious of science, it appears to be an ongoing myth individuals and families continue to deal with. 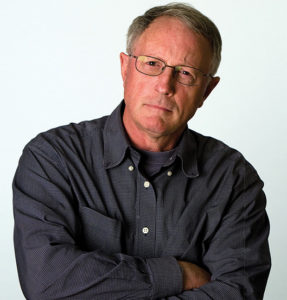 I used to say: “This is not something you can choose to believe or not, it is a medically proven condition, the most common neurodevelopmental disorder experienced by more than five percent of young people and their families. A disorder whose symptoms respond well to treatment.” But… many folks still choose not to “believe” in it.

I remember well making a presentation at an English-language, Catholic school in Paris where I worked. We were celebrating ADHD Awareness Month at the school, and all the teachers were

expected to attend that evening event. There, sitting in the front row, was an older nun with many years of experience teaching second grade. She was scowling, as she “really didn’t believe in ADHD” and did not see why she had to be there.

Quaking in my shoes, I started by describing some children I knew: A boy, intelligent, charming, but who struggled with his handwriting and always seemed to underperform. A little girl, a sweet child but such a daydreamer that she was always missing what was going on. The child who did not have a “deficit” of attention but rather an excess of it, attending to everything and everyone, just not really focusing on what he was “supposed” to be doing. And then there was that darling “class clown” who made us all laugh with his antics: “boys will be boys,” nothing wrong with him. And so, it went on.

At the end of the meeting, the once doubting nun came up to me and asked if I could come and observe the children in her classroom! She became my greatest ally!

I think the problem is often the term, ADHD. We recognize that it does not really describe what we all know; it is a relatively new term, and a confusing one at that. Many are put off by this idea that we are labelling children, which is harmful. In my experience, these children are often already “labelled.” They are the “troublemaker,” the “not quite as others,” “slow,” a “wiggle worm,” “just like his father,” and so on; these labels are also harmful. Better that we use the right labels and do something to help the child.

I have found it best if I do not mention the term ADHD, but just describe the behaviors and how they are getting in the way of the child achieving their potential, and then ask the parent/ grandparent/teacher/disbeliever to describe what they observe and what behavior they would like to see. Then I find that we have a basis for discussion.

Listening is the key: How do they describe the behavior? What are their expectations? Using their language, I can then start a discussion on how they would like to see things change.

When talking with children with ADHD, I usually talk about their internal traffic cop. I ask them if they know the difference between a detective and a traffic cop. We talk about how a cop is responsible for making sure drivers don’t go too fast or park in the wrong place and how cars must obey rules for the safety of others. Soon the child is talking to me about his or her own internal traffic cop, and then we have a way to talk about behavior without any blame or labeling. Once we have a vocabulary that we can use which is free from “good” and “bad,” we begin to make progress.

The same with the nonbelievers.

In one job that I had, the child psychiatrist would have me come into his consulting room to play with the child while he talked with the parents. He was masterful at listening to their concerns, asking them questions, providing them with choices, and eventually letting them make the diagnosis based on their experience. He had instant buy-in from the parents as he started to discuss treatment options.

So, in these times of skepticism about many things scientific, let us listen to the nonbelievers, give them nonjudgmental language to discuss their observations, and then use their experiences to bring them around to finding ways to help change the behaviors that they would like to change. The goal is understanding, belief can come later!

With over thirty years of experience as a pediatric occupational therapist, Zara Harris, MS, OT, is licensed in both the United States and the United Kingdom. Specializing in helping students who are struggling with handwriting, homework, attention, time management, and organization, Harris has worked with international schools on three different continents. She is deputy chair of Attention’s editorial advisory board and a member of CHADD’s conference committee.