The US Food and Drug Administration recently asked CHADD CEO Robert Cattoi to provide comments regarding the development of abuse-deterrent ADHD stimulant medications. Below is a summary of the comments he presented to the joint meeting of the FDA’s Psychopharmacologic Drugs Advisory Committee and the Drug Safety and Risk Management Advisory Committee on October 8, 2020. You can also read the full statement. 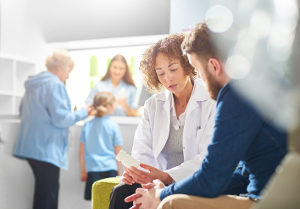 An estimated 4.4% of U.S. adults (nearly 10.5 million adults) meet criteria for ADHD in the United States. ADHD must be viewed as not just a neurobiological disorder supported by mental health and special educational professionals, but as a public health problem producing a substantial impact on the health, quality of life, and economic viability of the US population.

Individuals with ADHD are at greater risk than unaffected individuals for many other mental health conditions as well as physical illnesses. Economic costs of ADHD in the United States range from $143 to $266 billion annually. This makes ADHD a far too costly disorder to continue to be undertreated or even ignored in not just mental health settings but especially by primary care, government public health programs, third-party payers, and particularly among adults.

Fortunately, ADHD is a condition for which a multimodal treatment approach using medication and behavioral therapy has been shown to be effective.  Treatment allows individuals to focus, work, and learn. Stimulant medications are generally the first-line medical treatment for ADHD as they are highly effective at reducing symptoms.

CHADD applauds any steps that reduce misuse and abuse of these medications without impeding access and affordability for those who require them for treatment. Considering rampant misconceptions about ADHD treatment, the stigma surrounding the disorder, and other external pressures, individuals with ADHD often face significant barriers to accessing prescribed medications. We respectfully urge the FDA to consider these systemic burdens on the ADHD population. Any steps to reduce stimulant abuse must not be taken at the expense of ADHD patients’ access to required medical treatment. It is imperative that any FDA actions to reduce stimulant abuse, including approval of abuse-deterrent formulations of prescription stimulants, not exacerbate current coverage and access hardships. 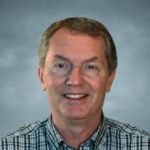 Robert J. Cattoi is the chief executive officer of CHADD. He has a background in promoting primary care and providing medical professionals with the tools needed to create healthier communities. He comes to CHADD from the American Board of Family Medicine, where he served as the executive director of the Pisacano Leadership Foundation and the director of communications.