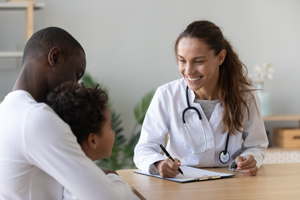 The US Food and Drug Administration approved two new medications for ADHD in the spring of 2021: Azstarys, a stimulant medication, and Qelbree, a nonstimulant. Both can be prescribed for children age six and older.

Newly approved medications to treat ADHD can be promising, and these medications may fill in the gaps where other medications are less effective or have intolerable side effects. Parents should learn as much as they can about any new medication when it is prescribed, however.

It’s best to ask some specific questions about newly approved ADHD medications, including their cost, says Max Wiznitzer, MD, a pediatric neurologist in the Neurologic Institute at University Hospitals Rainbow Babies and Children’s Hospital in Cleveland. Dr. Wiznitzer is co-chair of CHADD’s professional advisory board and a member of the editorial advisory board of Attention magazine.

Many medications used to treat ADHD are available in generic form, which are more cost-effective and more likely to be covered by insurance. Dr. Wiznitzer recommends that parents ask for generic medications first instead of newly approved ADHD medications, because these new medications tend to be more costly third-tier medications and most often not covered by Medicare.

Questions to ask a prescriber include:

“Generally, it is best to try the older drugs first, with a known safety record. Then, if they don’t work, try the newer, less proven (and probably more expensive) one,” recommends L. Eugene Arnold, PhD, MEd, CHADD’s resident expert and an emeritus professor in the department of psychiatry and behavioral health at Ohio State University College of Medicine.

Dr. Arnold agrees that cost is one of the biggest concerns with newly FDA-approved medications.

“The most important thing that parents should consider is the expense, because a new drug is usually higher priced and often not covered by insurance,” he says.

If your child does not react well to stimulant medication or has a coexisting anxiety disorder then a nonstimulant option may be recommended. Dr. Wiznitzer suggests parents ask about the generic nonstimulant brands in this case, such as atomoxetine, the generic form of Strattera.

Ask about possible side effects

“The key question that parents should always, always ask is, what are the side effects?” says Dr. Wiznitzer. Parents can ask about known side effects of any medication, as well as what to look out for when their child starts a new medication.

“A new drug may have a very serious but extremely rare side effect that does not show up for a few years, after a million people try it,” says Dr. Arnold. An example is pemoline, marketed under Cylert, and discontinued after ten years when it was learned that it caused irreversible liver damage in one out of 80,000 people who were taking it, he says.

The most common side effects of Qelbree are sleepiness, tiredness, vomiting, irritability, decreased appetite, nausea, and trouble sleeping. For a few people there was an increase in suicidal thoughts and actions, especially within the first few months of treatment or when the dose was changed.

Most often side effects go away after a little while on the medication. Sometimes the prescriber will need to adjust the dosage. If side effects continue or are difficult to tolerate, medications can be switched to a better tolerated medication.

Both Dr. Arnold and Dr. Wiznitzer recommend first trying generic medications and medications that have been around for a while. These have the longest track record and are the best known for their results.

“If someone has not found the older drugs satisfactory, as happens less than ten percent of the time, then the new one provides another option,” says Dr. Arnold.

Join the discussion: What questions do you feel parents should discuss with their child’s doctor?