Risk Factors and Recommendations for Parents 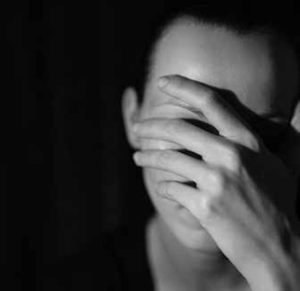 Recent data from the World Health Organization reveal that suicide is the leading cause of death for girls between the ages of 15 and 19 worldwide–outranking accidents, illnesses, and complications from pregnancy. Estimates are that 13–45 percent of adolescents engage in some form of self-harming behavior. Self-injurious behaviors peak in adolescence and young adulthood and are particularly common among young women.

Researchers have not fully agreed on a classification of such behaviors, but clearer distinctions are emerging. Direct self-harm includes behaviors that are suicidal in nature, in which there is intent to die (suicidal ideation and suicide attempts); versus those that are nonsuicidal, in which there is no intent to die (nonsuicidal selfinjury, or NSSI), including cutting, picking of the skin, or burning oneself. It’s important to note that suicide attempts and NSSI often co-occur within individuals. It has been reported that 70 percent of adolescents who engaged in NSSI made a lifetime suicide attempt and 55 percent reported multiple attempts. Self-harming behaviors have severe and direct consequences for adolescent health.

Girls and women are at higher risk for self-harm than boys and men (with the exception of completed suicide, which is higher in males). At particular risk are girls and women with symptoms of ADHD.

Nearly twenty years ago, the Berkeley Girls with ADHD Study was initiated to follow females with ADHD over time, from childhood to adulthood. The researchers found that girls with the combined form of ADHD had markedly elevated risk for both NSSI and suicide attempts by the end of adolescence, compared to girls with the inattentive form of ADHD and to typically developing girls. The girls who continued to have ADHD into young adulthood were at highest risk for suicide attempts and NSSI.

What might explain this troubling linkage between ADHD and suicide? Adolescent internalizing behaviors, like anxiety and depression, may explain the childhood ADHD-late adolescent suicide attempt link, whereas adolescent externalizing behaviors (such as aggression) explained the childhood ADHD-late adolescent NSSI association. Relationships with peers also enter the mix– girls who are rejected by peers are more prone to suicidal behavior, whereas those who are victimized by peers are more prone to NSSI. Another factor includes parenting stress, which helps explain the strong link between childhood ADHD and young adult NSSI. Thus, biological and heritable factors (such as early impulsivity), plus environmental factors (such as maltreatment or parenting stress), appear to operate in tandem to elevate risk for self-harm in women with ADHD.

It is essential that parents try not to react with anger, guilt, or fear or to think that the youth is just being “manipulative” or “seeking attention.” Such counterproductive thoughts only discourage the young adult from feeling understood and supported. A more effective approach would involve parents reframing the situation and acknowledging that treatment can help.

Additionally, it is important for parents to provide a supportive environment, while making an effort to understand the behaviors. Lastly, parents can reinforce adaptive coping strategies and seek formal assessment and treatment options with mental health professionals. It is important to realize that self-harm is a serious concern that should not be ignored, and that it can be treated.

Jocelyn Meza is a PhD candidate in the Clinical Science program at the University of California, Berkeley and a National Science Foundation Graduate Research Fellow, working with Dr. Stephen Hinshaw. Her current research focuses on the mechanisms leading to increased selfharm in young adult women with and without ADHD.

By Samantha A. Chalker

THE TERM “SUICIDALITY” captures a number of thoughts and behaviors, but primarily includes three facets: thoughts about suicide, self-harm without an intent to die, and suicide attempts. On one end of the spectrum this could be thinking about wanting die or not really wanting to live compared to the other end of thinking about a suicide plan or method. While the majority of individuals with suicidal thoughts do not die by suicide, suicidal ideation is a common reason for individuals to seek mental health treatment.

Even though individuals with borderline personality disorder, anorexia nervosa, and bipolar disorder have the highest rates of suicide, one should not count out a diagnosis of ADHD, especially when there are comorbid diagnoses. The relationship between ADHD and suicidality is of concern throughout the lifespan.

Adults with ADHD have a higher risk compared to other adults, according to a national survey of suicide in the US; these risks increase if an individual has a comorbid diagnosis of depression and conduct disorder.* While there is less research on children and adolescents with ADHD, the research indicates that early adolescents aged 11–14 years old are at greater risk than those in late adolescence, and males with ADHD are at greater risk of death by suicide.

It is also crucial to note that children with ADHD are at a higher risk of developing psychiatric disorders such as substance use disorders, depressive disorders, and antisocial behavior. When they coexist with ADHD, these disorders are risk factors for suicidality. Likewise, impulsivity and aggression are traits seen in individuals with ADHD that are also common among those experiencing suicidality. This may suggest that if someone is presenting with such traits and is diagnosed with ADHD, it is necessary to assess for suicidality.

What to do if someone you know is suicidal

DBT is the most notable and heavily researched treatment that has been shown to reduce suicidality with sufficient power. The main goal is to teach the patient skills to regulate emotions and improve relationships with others. This is done through validation and acceptance with a sincere focus on change. DBT was one of the first evidence-based treatments to show effective results for a reduction in ideation, repetitive self-harm behaviors, and attempts. However, while DBT has shown impressive results in managing suicidality, it is not a treatment solely devoted to treating suicidality.

CT-SP is another promising treatment that is more suicide-specific. Its use has shown a reduction in future suicide attempts, depression, and hopelessness by targeting the thoughts and experiences of the suicidal client in three phases. First, the client tells his or her story of the most recent suicide attempt to guide treatment planning. In phase two, the client is taught skills associated with the triggers that lead to a suicidal crisis. Finally, in the last phase, the client is guided through a relapse prevention task to highlight what he or she has learned and the practice problem solving if he or she was to enter a suicidal crisis again.

A relatively new off shoot of CT-SP, CBT-SP has shown promising preliminary results for adolescents who have attempted suicide.

Collaborative Assessment and Management of Suicidality

CAMS is a therapeutic framework that targets suicidality distinctively with research spanning over 25 years. CAMS is focused on collaboration between the client and therapist, highly interactive risk assessment and management, and treatment planning including developing a stabilization plan as well as identifying and treating what is driving the client to want die by suicide.

According to the American Association of Suicidology (www.suicidology.org), the following factors describe a person–youth or adult–who is at greater risk for making a suicide attempt. Demonstrating these factors does not mean that a person will necessarily make a suicide attempt, however.

WHAT TO LOOK FOR

An increase in these factors, called “warning signs,” may occur within hours or days of a suicide attempt, and therefore may be indicative of someone who is at acute risk of suicide, according to the American Association of Suicidology (www.suicidology.org).

● Thoughts about suicide (especially expressing or communicating threatening or wanting to hurt himself or herself)
● Substance use/abuse
● Purposelessness (seeing no reason for living)
● Anxiety/agitation
● Feeling trapped
● Feeling hopeless
● Withdrawal
● Anger
● Recklessness
● Mood changes
● Guilt or shame
● Not sleeping, sleeping all the time, and/or nightmares
● Giving away prized possessions (especially for youths)

IF YOU ARE WORRIED ABOUT SOMEONE,get help immediately by contacting a mental health professional or call the National Suicide Prevention Hotline at 1-800-273-TALK (1-800-273-8255). The hotline can provide resources in your community as well as the opportunity to speak with trained counselors who are available 24/7.

Samantha A. Chalker is a PhD candidate in clinical psychology at the Catholic University of America.