Listen to the full recording.

People reporT THAt MARIJUANA USE helps to improve their ADHD symptoms. But does it really help, or does it mask a person’s ability to care about their problems rather than work to solve them? What are the benefits and downsides to using marijuana if you have ADHD?

L. Eugene Arnold, MD, and Margaret Sibley, PhD, discuss the research on the therapeutic role of marijuana, the potential downside of using unregulated drugs to help with ADHD symptoms, and why more research is needed. Edited here for length and clarity, the full recording is available as an All Things ADHD podcast produced by CHADD’s National Resource Center on ADHD. 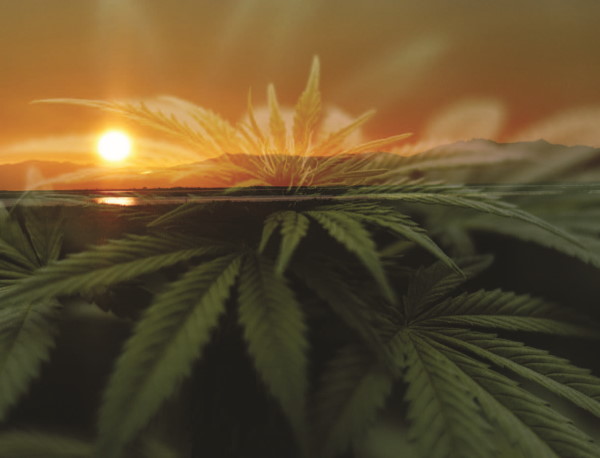 DR. GENE ARNOLD: We’re here today to talk a little bit about a trend that we’ve observed. For decades, marijuana was illegal, and consequently, research was not allowed on it. Then several states made it legal for medical purposes, and now many states have made it legal, at least for medical purposes, and some, even for recreation. We’ve noted that many adults and even adolescents with ADHD have been using marijuana in one form or another, with a claim that they think it helps them. So, we’re here today to discuss, what do we really know about the effect of marijuana in ADHD? Dr. Sibley, would you like to comment on that?

DR. MAGGIE SIBLEY: I think one thing we know for sure is that, overwhelmingly, people with ADHD, especially in the young adult age range, are consistently saying that they’re finding something about marijuana to be helpful. And I don’t think we can discount that. I think they really are finding something about marijuana helpful. And I think one of the things with the research that we need to unpack is, if there are some things that they see that are beneficial, what are those things? And at what cost are they experiencing those benefits? Are there also downsides about using marijuana for a person with ADHD that people also need to be aware of?

DR. SIBLEY: Right now, we have almost no research on the effect of marijuana as a therapeutic tool for ADHD. We have a lot of research suggesting that there are downsides to marijuana for people with ADHD, including that it has negative effects on some aspects of their thinking, in their brains that already are vulnerable because they have ADHD—things like their memory and their ability to solve problems. So, we can tell people that risk is documented. And, without having any good evidence for therapeutic benefit at this point in time, I wouldn’t feel comfortable recommending marijuana to a patient, even in states where marijuana is legal recreationally or medically. I wouldn’t recommend marijuana to individuals, because we need to do more research. And although I think it’s important for researchers to have an open mind about the possibility of aspects of marijuana chemicals being helpful for people, we’re not ready to say that yet. The possibility to do harm at this point is higher than the possibility to help based on the information that we have available. 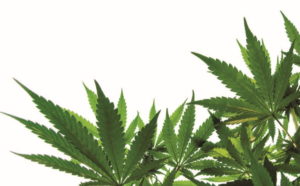 DR. SIBLEY: Correct. And maybe the benefits will become clearer when we can do more research. But at this point in time, all we know about the benefits is that people are experiencing something about it that they think is good. There has been I think one randomized control scientific trial that documented some positive effects, but it also documented negative effects. That was just one small study with mixed evidence and not enough to send a compelling signal to the field that this is something we have a green light on.

DR. ARNOLD: One worry that I have is that the way people think it’s helping them is that they no longer care about the problems they have. Rather than working to solve their problems, they just kind of lose the motivation to care and it seems to assuage their anxiety. And so especially for those who have comorbid anxiety, they may find that part of it welcome or pleasant, although, as you point out, we’re not sure at what cost they’re gaining that benefit.

DR. SIBLEY: Yes, and you and I have speculated on some of these mechanisms or reasons that marijuana might feel like a positive thing for people with ADHD. I’ve also spoken with young adults with ADHD who use it as a way of getting through mundane tasks, which I think is not scientifically established yet. The marijuana chemicals have an impact on the rewards processes in the brain, among other things, and it could be the case that some of those marijuana chemicals help things that feel aversive or not so rewarding, feel a little bit easier to get through. I work with a lot of high school students with ADHD. They like to listen to music during their homework, and it’s just sort of a way of getting themselves through something boring by pairing it with something pleasurable. That would be an interesting hypothesis to test, too. And I agree with the anxiety comment; a lot of people talk about marijuana as taking the edge off or alleviating mental discomfort. That, I think, sounds a little bit more like anxiety sometimes.

DR. ARNOLD: I think one reason people think about using this, at least in some cases, is that they see it as something natural, and they think that natural is better than artificial drugs. Of course, rattlesnake venom, poison ivy, and tobacco are also natural, and I don’t think anybody claims that that’s better than a prescription drug.

The other comparison between prescription drugs and marijuana has to do with the good manufacturing process. In the case of prescription drugs, there are regulations covering good manufacturing procedures, quality control, the purity of them, so there are not any harmful contaminants. That does not apply to marijuana products now. I think there are one or two companies that have voluntarily sought FDA regulation of their manufacturing process. But for the most part, there’s no regulation, and the quality can vary from one batch to another even of the same brand. And some of the cannabidiol that’s sold has some contamination of THC. THC is the addicting component, at least as far as we know; it’s more addicting than cannabidiol. So, there’s a risk there. But for parents, for younger children, I think the preponderance of what we know at this point would come down against giving a young child a marijuana product –Until we know a lot more about it.

DR. SIBLEY: Exactly. I think we have to be careful to make sure that we are looking at good information when making decisions. There’s a lot of information out there on the internet right now that claims there’s certain benefits, or testimonies from people who thought they saw a big difference in their child after using these products. It doesn’t mean there might not be some truth to that; there could be some cases where people are seeing those benefits. But again, everything has a benefit and a cost. And just because something works for one person doesn’t mean it works for most people. We have to be very careful about having good information when we’re giving something to a child, especially, because the brain of a child is still developing and is vulnerable to the influence of outside chemicals that could create long-term impact for them.

DR. ARNOLD: Are there any final comments that you would like to make?

DR. SIBLEY: Well, I have a question for you, Gene. What do you think are the next steps for the research world in trying to get better answers on some of these questions?

DR. ARNOLD: Well, first, we need a very clear definition of what the product is. We need the quality control in the manufacture of it so that we can be sure that what we’re testing or what we’re trying out is what it says it is. But secondly, we need randomized clinical trials, and that should start with adults, then work down to adolescents, and only then to younger children. That’s the standard procedure when trying out a new drug, for the safety, we don’t want to use our children as experimental subjects. Try it first with adults who are capable of consenting and understanding all the risks involved in the research.

DR. SIBLEY: One thing to comment on is that it’s hard for people to do research in this area, because there are regulations that stem from the fact that marijuana and the chemicals associated with it are illegal on a federal level in the United States. So, this research is slower than the demand for these answers. I think that’s another thing that people should be aware of when understanding there is a reason for this lack of information, and at this point, unfortunately, that lack of information is causing potential harm for folks.

DR. ARNOLD: We hope that this information helps to clarify the issues for people out there who are trying to figure out what to do for themselves and for their children, in the present condition with this uncertainty about the benefits and knowing that there are some adverse events that can be associated with marijuana use. Probably the best advice to people is to wait, particularly for young children—but also even for adolescents and adults—to wait until we know more about it. And to volunteer for the studies when they’re done, because the research cannot be done without the participants. Please, volunteer for the studies when they become available.

The podcast is supported by Cooperative Agreement Number NU38DD000002-01-00 from the Centers for Disease Control and Prevention (CDC). The contents are solely the responsibility of the authors and do not necessarily represent the official views of the CDC.

Listen to the recording at https://podcasts.chadd.org/e/will-adhd-symptoms-improve-with-marijuana-use.

L. Eugene Arnold, MD, MEd, is professor emeritus of psychiatry at Ohio State University, where he was formerly director of the division of child and adolescent psychiatry and vice-chair of psychiatry. He graduated from Ohio State University College of Medicine summa cum laude, interned at University of Oregon, and took residencies at Johns Hopkins, where he earned the MEd, and served in the US Public Health Service. He is a co-investigator in the OSU Research Unit on pediatric psychopharmacology. He has fifty years of experience in child psychiatric research, including the multi-site NIMH Multimodal Treatment Study of Children with ADHD (the MTA), for which he was executive secretary and chair of the steering committee. For his work on the MTA, he received the NIH Director’s Award. His publications include nine books, more than 70 chapters, and more than 370 articles. A particular interest is alternative and complementary treatments for ADHD. Dr. Arnold serves as CHADD’s resident expert.

Margaret Sibley, PhD, is an associate professor of psychiatry and behavioral sciences at the University of Washington School of Medicine and a clinical psychologist at Seattle Children’s Hospital. She has authored over 100 scholarly publications on ADHD in adolescence and adulthood, including a comprehensive therapist’s guide to treating ADHD in teens. Dr. Sibley’s research is funded by the National Institute of Mental Health and the Institute of Education Sciences. A member of CHADD’s professional advisory board and the Motivational Interviewing Network of Trainers, she also serves on the editorial advisory board of CHADD’s Attention magazine.