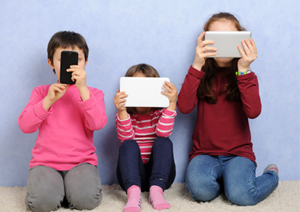 How much social media is too much?

Does it seem like all your child talks about is the latest trending video? What about the amount of time your teen spends, head down over a cellphone or tablet, skimming the popular digital platforms? And then there are the flaring tempers and the snippy replies if you take away their phone. Like so many other parents, you may wonder, how much social media is too much?

Social media can have positive influences, help to increase a child’s or teen’s social network, and sometimes offer greater emotional support. But too much social media often has the opposite effect, leaving parents concerned. Parents may wonder if their children are addicted to platforms such as Snapchat or TikTok. Too much of a good thing may become a problem, especially for children and teens with ADHD.

A recent survey asked 2,000 parents of teenagers about their greatest concerns regarding their children’s social media use. The researchers found:

Many of these concerns are challenges children with ADHD already face, including problems with sleep and difficulty with homework completion.

It hard to limit the amount of time spent on social media, because the nature of most platforms is to keep users engaged. Combined with impaired self-regulation from ADHD, many children and adults who have ADHD tend to become absorbed by social media.

“Self-regulation involves budgeting and allocating and stewarding our attentional resources over the course of the day,” says David D. Nowell, PhD, a licensed psychologist and clinical neuropsychologist.

Social media use is considered a high-dopamine activity. Gaining followers and having posts liked triggers the reward center of the brain and increases the flow of dopamine. Teens and children who have ADHD tend to gravitate toward high-dopamine activities, and social media use can provide instant gratification, says Clifford Sussman, MD, a child and adolescent psychiatrist specializing in internet and video game addiction.

“[They] lack the brakes they need to stop these high-dopamine activities in favor of ‘low-dopamine activities’ that produce more delayed gratification,” says Dr. Sussman. Some children and teens who struggle with self-regulation may be less aware of how much time they actually spend on social media, making it more difficult for them to break away from their screens.

More alarming is that time spent on social media may cause a child to develop a higher tolerance to dopamine. As a result, they may be less likely to opt for low-dopamine activities such as playing outside or playing a board game, says Dr. Sussman. It may be more difficult for them to turn their attention toward other activities that do not provide an instant reward, such as homework or chores.

“This may explain to parents why their children, when allowed unlimited access to the stimulation they seek, seem to just get more bored and irritable during most off-screen activities,” Dr. Sussman adds.

What can parents do?

Getting rid of screentime or social media altogether is unrealistic. Dr. Sussman suggests instead that parents find the middle ground.

In the video Parent Survival Guide to the COVID-19 Screen Time Crisis, Dr. Sussman recommends parents find low-dopamine activities that their children can do like reading books, board games, volunteer opportunities, and other outdoor activities. Dr. Sussman also suggests creating spaces without screens in your home to encourage your child to engage in low-dopamine activities. These activities can help create a better balance with the time children and teens spend on social media.

“One of my key recommendations to clients around this topic is to actually schedule, in advance, the time they will spend on social media,” says Dr. Nowell. Parents can work with their children to create a social media schedule to help them develop healthy screen habits.

Join the discussion: How does your family balance digital media use?