ADHD in the African American Community: During Black History Month and Beyond, CHADD Aims to Increase Understanding, Dialogue, and Access to Resources 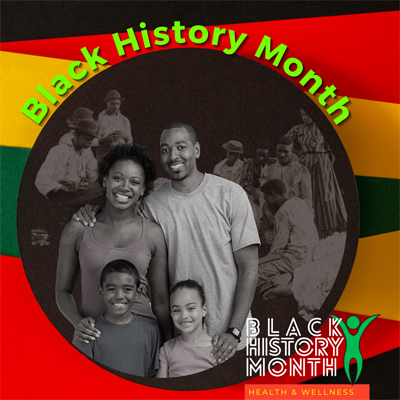 Attention-deficit/hyperactivity disorder (ADHD) affects 17 million children and adults of every age, gender, IQ, ethnicity, religion, and socioeconomic background across the United States. Yet, numerous research studies show this common neurodevelopmental disorder has substantially lower rates of detection and treatment in communities of color. Why is ADHD more misunderstood, misdiagnosed, or missed altogether in diverse populations? The reasons are numerous, and include lack of access to proper evaluation and treatment, a shortage in the delivery of culturally competent healthcare, frequent misdiagnosis, cultural stigmas surrounding mental health, and mistrust in the healthcare system, among others.

During Black History Month, CHADD―the leading resource for children and adults with ADHD, their families, educators, and healthcare professionals―is sharpening its focus on the African American community, with an aim to build greater awareness and understanding, increase symptom recognition, encourage proper evaluation, provide access to helpful resources and guidance, and eliminate inaccurate stigmas associated with this common and treatable disorder.

ADHD affects more than 10 percent of school-age children and more than four percent of adults in the United States. It is characterized by a persistent pattern of inappropriate levels of attention, impulsivity, and hyperactivity in varying combinations, and can be mild, moderate, or severe. Without proper identification, diagnosis and treatment, ADHD can have potentially devastating consequences, including school failure, job failure, family stress and disruption, depression, relationship problems, substance use issues, delinquency, accidental injuries, legal difficulties, and reduced life expectancy. However, with an individualized multimodal treatment approach that can include behavioral interventions, parent and patient training, educational and workplace support, and medication, ADHD is highly manageable.

“Too often, ADHD is unrecognized, misdiagnosed, and mislabeled in the African American community,” said Rhashidah Perry-Jones, a member of the CHADD Board of Directors and leader of the local CHADD chapter in Philadelphia. “Typically, it’s teachers who first recognize the symptoms of ADHD in their students. But there’s a double standard in many schools, with African American children’s ADHD symptoms overlooked and instead considered ‘bad behavior,’ resulting in punishment rather than critically needed support. Moreover, ADHD is often considered a negative label in the African American community, preventing some caregivers from seeking diagnosis and treatment for their children.”

Findings from several research studies published in the Journal of the American Medical Association (JAMA) reflect this. In a study titled, Racial Disparities in Diagnosis of Attention-Deficit/Hyperactivity Disorder in a US National Birth Cohort, evidence shows that Asian, Black, and Hispanic children were significantly less likely to be diagnosed with ADHD compared with White children, and White children were also more likely to receive treatment for ADHD. Another study published in JAMA, titled, Trends in the Prevalence and Incidence of Attention-Deficit/Hyperactivity Disorder Among Adults and Children of Different Racial and Ethnic Groups, indicated substantially lower rates of detection among minority racial/ethnic subgroups in the United States, and higher odds of negative outcomes that reflect economic and personal consequences.

“Unfortunately, a high percentage of Black Americans perceive ADHD as a disciplinary problem and not as the mental health issue it is,” said Melvin Bogard, MA, director of digital content at CHADD and the organization’s Black History Month coordinator. “We hope our targeted efforts to raise greater awareness, and provide information and resources that dispel myths and mistruths, will empower Black individuals to make the best-informed decisions about their own mental health, and enhance their ability to live healthy and productive lives.”

To help foster greater understanding and acceptance of ADHD in the African American community, CHADD has created the “Black History Month Playlist.” The Playlist is a curated 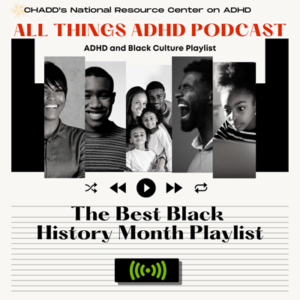 collection of information from across the organization’s vast website, including podcasts, webinars, and feature articles, that shine a much-needed spotlight on this topic. The entire Playlist is available free of charge and is easily accessible in the Diversity section of CHADD’s website. Examples of topics and conversations with world-renowned experts include Living Black with Undiagnosed and Untreated ADHD, Is It ADHD: Disparities in ADHD Care of Black Children, Tackling Myths and Misinformation, Why is Untreated ADHD Contributing to the Increasing Suicide Rate Among Black Youth, and Promoting Mental Health for Black Communities. CHADD also offers numerous other toolkits, resources, and information on its website; local support chapters in cities across the U.S.; and a national Helpline at 1.866.200.8098, where callers can speak directly to an ADHD specialist. The Helpline is available Monday thro ugh Friday, 1:00 to 5:00 pm ET.

To learn more about ADHD, including how to recognize the symptoms of this common disorder and where to turn for evaluation, treatment, and guidance, please visit chadd.org, contact CHADD at 310.306.7070, or call the Helpline at 1.866.200.8098.

Attention-deficit/hyperactivity disorder (ADHD) is a neurodevelopmental disorder affecting 17 million children and adults in the United States. It is characterized by a persistent pattern of inappropriate levels of attention, impulsivity, and hyperactivity, resulting in daily impairments at school and work, and with family and friends. ADHD is highly manageable with an individualized, multimodal treatment approach that can include behavioral interventions, parent and patient training, educational and workplace support, and medication.

CHADD (Children and Adults with Attention-Deficit/Hyperactivity Disorder) is the leading resource on attention-deficit/hyperactivity disorder (ADHD), providing support, training, education, and advocacy for the 17 million children and adults in the United States living with ADHD, their families, educators, and healthcare professionals. As home to the National Resource Center on ADHD, funded by the U.S. Centers for Disease Control and Prevention, CHADD is the most trusted source of reliable, science-based information regarding current medical research and ADHD management. To learn more, visit CHADD.org or call 310.306.7070.