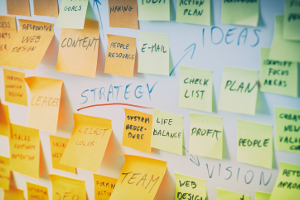 It’s a problem that is swept under the rug, but the statistics are clear:

Those statistics include multiple mental health disorders—most prominently depression—not just ADHD. Although ADHD comes with extraordinary gifts (see Adult with ADHD? You Rock! in this week’s issue), it also comes with challenges that affect employment, along with frequently co-occurring conditions such as depression.

“Mental illness is the workplace’s dirty little secret. Employees want to hide it and employers don’t want to hear about it.” Rita Pyrillis, A Monumental Problem, Workforce Magazine, Aug. 31, 2014 .

While the toll on employees who struggle to manage their conditions and their careers is great, companies are also paying a price in higher health care and disability costs. Mental illness accounts for 30 percent of disability costs, and that figure is growing by 10 percent a year.

Although absenteeism resulting from mental health issues that aren’t accommodated or treated has readily quantifiable impact to productivity, presenteeism—when employees are physically present but not fully engaged—also impacts productivity. According to Gallup survey data, only 32 percent of US employees worldwide feel they are “engaged” at work, and nearly 1 in 5 state they are "actively disengaged."  Gallup estimates that "actively disengaged" employees cost the United States between $450 billion to $550 billion in lost productivity every year.

What can be done?

“The workplace is not always part of the problem, but it can always be part of the solution,” according to Canada’s CSA Z1003 Psychological Health & Safety in the Workplace standards.

While we in the United States have the Occupational Safety and Health Administration (OSHA) regulations for workplace safety, “psychological safety” is not included. Canada’s voluntary standards for employers, which come with free implementation manuals and training, promote two main goals:

1. Psychologically Safe Workplace, in which:

Although the Americans with Disabilities Act (ADA) provides some protection for employees having a mental health disorder, it is reactive only, and does not address the root of the problem.

The Society of Human Resource Management (SHRM), an international organization, has taken on the challenge of mental health in the workplace. Among their recommended procedures are processes for workplace accommodation such as those addressed in Workplace Accommodations Can Make You and Your Employer Successful in this week’s issue. Other recommendations for accommodating mental illness urged by SHRM focus on fighting stigma:

The Canadian standards, SHRM recommendations, and ADHD specific accommodation approaches all point to the same truth: Companies must directly address, rather than avoid, their employees’ issues, whether it be physical health, ADHD, other mental health disorders, or job dissatisfaction causing disengagement. Lacking such proactive measures, companies will continue to lose business value along with human value.

What measures would you like to see taken? Join the discussion.

Workplace Accommodations Can Make You and Your Employer Successful

Adult with ADHD? You Rock!