Becoming Ready to Launch: The Experiences of Millennials with ADHD 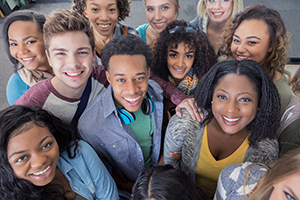 ADHD presents additional challenges for the members of the Millennial Generation as they move from the teen years to young adulthood.

The symptoms of ADHD―inattention, disorganization, maturity delay—all contribute to a bumpy road for many young adults just starting their adult lives. Many millennials with ADHD find themselves floundering in unfamiliar territory while watching their peers move ahead.

Who are the millennials with ADHD?

The Millennial Generation is generally considered to be those people born between 1980-2000 (some researchers use the dates 1982-2002, because the first group born in 1982 graduated high school in 2000).

Maggie Sibley, PhD, researches what life is like for millennials with ADHD. She is an associate professor of Psychiatry & Behavioral Health at Florida International University, in its Center for Children and Families. She interviewed a group of 12 young adults to discuss their experiences during the transition from the teen years into adulthood. The conversations, she says, confirmed many “hunches” she and other professionals have about the experiences of young adults during this time of life.

“Society’s expectations for them are mismatched between what they are ready to do and what they can do, even if they don’t have ADHD,” Dr. Sibley says. “Throw ADHD in there and it becomes really challenging.”

Difficulties young adults with ADHD are contending with include motivation, real-life skills (budgeting, time management, the ability to manage a home or make an appointment), and the skills specific to ADHD management, especially self-control and attention-monitoring, she says.

Dr. Sibley says she frequently heard from the young adults she interviewed that their parents continued to manage parts of their lives longer than parents would have in previous generations. She thinks this has contributed to some of the difficulties because the young adults have not had experience with adult responsibilities before having to take them on fully.

Millennials who struggle with motivation

ADHD symptoms often include difficulties with motivation and self-regulation related to executive function. Combined with an average maturity delay of three to five years, this can make it difficult for a young adult to step into the roles expected of him following high school or college.

Motivation is difficult for many young adults, Dr. Sibley says, but motivation is needed to be successful at school, begin a new job or career, and to become established in one’s own home for the first time. ADHD presents motivation deficits, she says, which young adults need to learn to manage.

“If you can find jobs or fields of study that the young adult is most interested in, that’s where he will have the most motivation,” Dr. Sibley says. “If you’re building confidence in one thing, that motivation will spill out into other parts of life.  It’s when you have those strong motivations for something, that it can override the ADHD.”

Dr. Sibley says it isn’t that the young adult doesn’t have goals—it’s that he is struggling with symptoms of ADHD that make it harder to work towards those goals.

“It’s not that he doesn’t want the future goal, it’s that in the moment it’s very hard for him to summon the willpower to do the things needed to achieve the future goal,” she says.

Building a path to success even with ADHD

Dr. Sibley says young adults affected by ADHD can be successful, and often are, but they need to build an environment that supports their success. The greater structure they have, the more opportunity they have to be successful, she says.

“It takes longer for young adults with ADHD to master new environments, so being patient with their speed of learning is important,” Dr. Sibley advises. “But there is also a balance. You don’t want to lower the bar so much that there’s no accountability.”

There isn’t a simple plan towards success, but Dr. Sibley says she has seen some common traits among successful young adults who were coping with ADHD symptoms.

Some of things her research team saw:

What teens and transition-aged young adults want you to know

CHADD’s National Resource Center on ADHD, in collaboration with Mental Health America California, surveyed young people with ADHD, ages 16-24, who are members of the California Youth Empowerment Network (CAYEN). They were asked what they wished their parents or caregivers understood better about their experiences with ADHD or other mental health conditions. The results indicate that adults need a better understanding of teen and young adult experiences to help guide them through the transition to adulthood.

“I feel like my caregivers have struggled to understand my challenges in the past because they have never experienced how it feels to be constantly distracted or anxious and not able to focus, so they see it as me misbehaving,” one young person wrote in response to the survey. “Now that I am older and am able to express my struggles and challenges, my caregivers are able to show me the support that I need to be successful.”

“From my caregiver I would mainly like their support in overcoming my challenges and that alone, I believe, could help me be more successful,” another young person responded in the CAYEN survey.

Mr. Petersen says that millennials with ADHD would like adults to understand that they have a more complex transition into adulthood than their peers who don’t have ADHD. These young adults need to develop both the skills required in adulthood and skills to manage ADHD symptoms.

“The result is that for people with ADHD, the transition to adulthood can be a little precarious,” he says. “Adulthood brings more responsibilities and therefore more ways your symptoms can screw you over. While everyone goes through some process of ‘maturing’ and ‘growing up,’ that process can be more protracted for ADHDers because it involves developing a new set of ADHD coping skills necessary for the demands of adulthood.”

The Millennial Generation has eased into adulthood more slowly than Generation X or the Boomers did, but they have entered it and on their own terms.  In this way they have contributed to the workplace and society. For those millennials, having solid, science-based information is important as they make their plans for the future.

Parents and educators can help by giving young people increasing levels of responsibility based on their age and mastery of previous skills. Some skills to learn before launching:

For more information on ADHD in young adults:

Are you a millennial or the parent of a young adult? What has your experience been as you prepare to “launch” into the world?

Young adults affected by ADHD have more challenges than their peers when it comes to being “ready to launch.” What do they need to be successful in their careers and personal lives? We talked with leading researchers and listened to the experiences of millennials to find out.

Becoming Ready to Launch: The Experiences of Millennials with ADHD

Conflicting Diagnoses? Take the Time to Get It Right