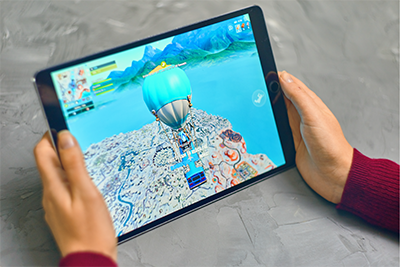 Solid research evidence supports two types of treatment for ADHD: medication and behavioral treatments (such as behavior management strategies and parent training in behavior management). Even though these treatments help most children with ADHD, they are not perfect. Many practitioners, parents, and patients themselves look for complementary approaches to include with their ADHD treatment plan.

One complementary approach that has attracted a great deal of interest uses digital products that resemble computer games to improve symptoms—often referred to as “brain training.” Some digital products have even been approved by the FDA. These interventions, which often use a gamelike design and format, are not the same games played for entertainment.

When you consider a computer program as part of your child’s treatment, here are some suggested questions to discuss with your healthcare provider.

What we currently know about computerized cognitive training programs

Digital products are computerized training programs designed to improve the weaknesses in cognitive skills found in ADHD. These interventions run on computers, tablets, or smartphones, and ask children to practice cognitive skills for about thirty minutes daily for several weeks. Many digital products present gamelike situations to boost motivation and engagement. Most allow people to practice at home and on their own schedule.

Generally, the digital products try to strengthen these skills using gamelike tasks (serious games) with different mental challenges that are tailored to each participant. When the child plays, the game adapts to their level of performance just like many computer or video games do. Like other games, they are designed to keep children engaged in play through rewards.

What are digital interventions trying to do for ADHD?

There are many reasons why these types of games are appealing as a complementary approach for treating ADHD. Working memory, inhibitory control, cognitive flexibility, and visuospatial skills, among other executive functions, are critical in everyday life. We know from decades of research that people with ADHD experience problems in these skills. And these cognitive skills involve the prefrontal cortex of the brain (the front part of the brain), which is the last region in the brain to mature and therefore may have the greatest potential for change. Children enjoy technology and might find the games engaging. Games may be easier to access for some families than other treatments and may not have the side effects that ADHD medication can have or carry a sense of stigma that getting therapy may mean for some families.