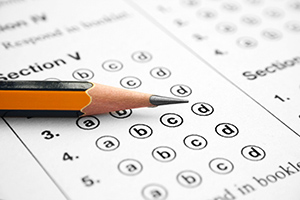 College classes are about to begin, and with them the stresses of academic life. Some students are inclined to experiment with caffeine, energy drinks, and vitamins as study aids―and some students will illegally seek out their classmates’ prescription ADHD medications.

Stimulant medications prescribed for ADHD address the symptoms of inattention, hyperactivity and poor focus, and help to improve short-term memory and long-term recall. Frequently high school and college students who have a diagnosis of ADHD and are working with a doctor will see an improvement in their school work and grades when they begin medication because their symptoms are being alleviated.

Diversion—sharing your medication with another person or obtaining medications that are not prescribed for you—is a concern on college campuses. Often students don’t understand this is an illegal practice. Students without a diagnosis of ADHD may not understand the health and legal risks of taking medication not prescribed for them. They see the benefits of medication management for their friends and think the medication will also help them improve their grades. But the fact is the medication doesn’t seem to improve grades for people who do not have ADHD.

Rachel Fargason, MD, a psychiatrist at the University of Alabama, Birmingham, noticed that her patients who had been misdiagnosed as having ADHD obtained no benefits from taking stimulant medication. About one-third of college students are thought to have tried or consistently used stimulant medication for reasons other than to treat ADHD.

“Expectation seemed to have more of an effect on objective performance than the actual medication state,” Dr. Fargason says. “In terms of the value for learning, it’s not clear it really would make that much of a difference.”

Dr. Fargason says her results suggest the belief that the pill would help the subject to score better was strong enough to show an improvement in the test results, and that this belief could be compared to other superstitious behaviors, such as carrying a lucky rabbit’s foot to improve scores. The results showed greater strength in the placebo effect rather than the medication’s effect on the brain.

Some students who do not have ADHD are viewing the medications for the disorder as a study or test-taking aid in their quest for higher grades.  However, in addition to Dr. Fargason’s trial, other research is finding similar results: “College students with ADHD are less likely to reach the same academic level as their nonADHD counterparts even when they use stimulant medications.”

Those medications cannot be seen as improving academic achievement, according to researchers, rather they are addressing the symptoms that prevent the student diagnosed with ADHD from achieving the student’s potential.

Shaheen E. Lakhan, MD, PhD, and Annette Kirchgessner, PhD, undertook a review of the literature surrounding the research on the non-medical use of stimulants in Prescription stimulants in individuals with and without attention deficit hyperactivity disorder: misuse, cognitive impact, and adverse effects. They found that there was very little evidence that stimulant medication used this way actually improved grades.

“Given the widespread belief that stimulants enhance performance, there are in fact only a few studies reporting the cognitive enhancing effects of stimulants in ADHD and nonaffected individuals,” they write. “It has never been established that the cognitive effects of stimulant drugs are central to their therapeutic utility. Thus, the rumored effects of ‘smart drugs’ may be a false promise, as research suggests that stimulants are more effective at correcting deficits than ‘enhancing performance.’ Moreover, students are taking unnecessary risks including the potential for harmful side effects.”

College students who have a diagnosis of ADHD and are taking medication should work closely with their prescribers. For them, medication is an important part of treatment and helpful for them to be successful students.

They should be cautious, though, when discussing their treatment plans and medications with friends. Most students who take a medication for ADHD will be asked by another student to “share” their medications at some point. When this happens, the answer needs to be “No!”

Students diagnosed with ADHD need to be aware that:

Students without ADHD who find themselves tempted to use medications for which they do not have prescriptions need to know:

To get more tips on preventing diversion, read Medication Abuse and Diversion.