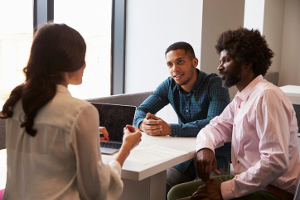 Is having ADHD a sign that you also have an unusually creative mind? With the rush of ideas, the overwhelming interest in new activities, and the impulsivity to try something new, some people argue that ADHD and creativity go hand in hand.

“ADHD doesn’t enhance creativity, but people with ADHD tend to be more creative than the average person,” Dr. Hallowell tells Bryan Hutchinson for an ADDerworld blog. “The trick is to turn all those ideas into something useful.”

Mr. Hutchinson also asks Dr. Hallowell if ADHD is a gift, enhancing creativity, or a curse, due to the many problems it brings to a person’s life.

“Russ Barkley and I settled that debate when we spoke together at CHADD,” Dr. Hallowell replies, referring to the 2011 CHADD Annual International Conference on ADHD plenary session where he and researcher and author Russell A. Barkley, PhD, discussed the idea. “We both agreed that ADHD can be a curse or a gift, depending upon how a person deals with it.”

Researchers tend to agree with them; several studies show both benefits and drawbacks to ADHD symptoms when it comes to creativity.

A study by Sydney Zentall and colleagues at Purdue University in 2011 created several groups of three students. Each group was composed of either one student with ADHD and two students who did not have ADHD or all three students who did not have ADHD. The students were then asked to solve the same problem. The results: the student groups that included students with ADHD outpaced the other groups in solving the problem. The researchers believe the mixed groups did better because some of the students are affected by ADHD. Their “out of the box” thinking prompted the whole group to be more creative in problem-solving.

A more recent study, though, showed a different result. In a study from last year, Banafsheh Aliabadi, MD, and colleagues at Shahid Beheshti University of Medical Sciences in Iran had children diagnosed with ADHD, along with a control group, take tests designed to judge a child’s creativity levels. Their results show the children diagnosed with ADHD have less flexibility of thought and do not differ from the children in the control group in their creativity or originality.

Could ADHD symptoms be a benefit for you when it comes to creativity? In the Attention magazine feature of their conference discussion, Dr. Barkley says for some people, yes—most especially when they have support from others, including parents, coaches, and administrative assistants.

“Their ADHD may have helped them to some extent, but in the context of those around them,” Dr. Barkley says. “It is very possible…a disorder can cause some individuals to rise to that challenge and be better people than they would have been had that challenge not been presented to them.”

Have you found an ADHD diagnosis has helped you be more creative in life or that it has benefited your child’s creativity? Share your thoughts on ADHD and creativity.

30 Minutes of Exercise Can Increase Attention

Advocating for your child at school