The Double Whammy of ADHD and Depression 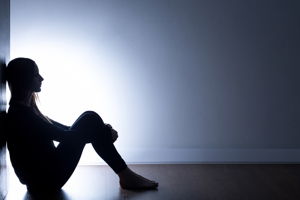 An adult affected by ADHD is up to six times more likely to also have depression than an adult without ADHD. It is one of the most common co-occurring conditions for someone who has ADHD.

Medscape Editor Priscilla Scherer asked Lenard Adler, MD, of the NYU Langone Center whether depression was a hallmark of ADHD in adults for Comorbidity in Adult ADHD: An Expert Interview With Lenard Adler, MD.

“I don’t think depression is necessarily a hallmark of ADHD,” Dr. Adler says. “We have to be clear in distinguishing what is a co-traveling comorbid condition… and what is a symptom.”

Major depression is a disorder that is more severe than persistent depressive disorder, or continuing feelings of sadness and unease, which can sometimes result from undiagnosed or untreated ADHD, Dr. Adler says.

According to the Anxiety and Depression Association of America, persistent depressive disorder is considered to be less severe than major depression even though it shares some of the same symptoms of major depression. It’s characterized by:

From “Understanding the Facts: Types of Depression”

“It’s important to classify what type of depression we’re talking about,” Dr. Adler says. “[Because] it does influence which kind of treatment you’re going to initiate first, because the general rule of thumb is that you treat the most impairing condition first, be it the co-occurring condition [stemming from ADHD], the comorbid condition [unrelated to ADHD], or the ADHD. And if there is some [persistent depressive disorder] from the ADHD being untreated, that would be a more chronic condition.”

Addressing ADHD and depression together

We spoke with Dr. Olivardia about his work with college students and adults. He has seen depression both as a comorbid condition and as a condition stemming from ADHD. Most of his patients work “ten times as hard” as their peers to be successful, he says, and yet they still struggle to keep afloat in their lives.

“We’ll often see the depression as a function of the ADHD, and we’ll start to see it in adolescence and college,” Dr. Olivardia says. “All the executive function demands of life increase as we get older. The depression really sets in when they feel like they’re making the same mistakes over and over.”

The National Comorbidity Survey Replication found that adults affected by ADHD who were between 18 to 44 years old experienced higher rates of depressive disorders:

A comprehensive treatment plan addresses ADHD and depression together, Dr. Olivardia says. Too often a clinician diagnoses and treats just one condition because it appears to be the cause of a person’s current crisis. Instead, he says, the clinician has to work with the patient and go deeper to the cause of the crisis.

“If ADHD is in the picture, it’s not an outlier, it’s a dominant part of the picture,” Dr. Olivardia says. “If you treat the depression and the ADHD is not treated, it’s very likely you’ll see a person get back into that situation. It’s not always about preventing the dark place of depression but about how to get them out of it more quickly.”

It’s important for the clinician to help the patient understand that both ADHD and depression are brain-based conditions and not moral failings. Many people feel that they are somehow at fault for their ADHD symptoms or don’t have a right to feel sad or depressed, he says. These feelings can make it even more difficult for the person to seek help or be ready to work with her clinician towards management of symptoms and improvement in life.

“I stress the importance of acceptance when working with patients,” Dr. Olivardia says. “The greatest obstacle to treating all of this is acceptance and it’s so important.”

Getting help for co-occurring ADHD and depression

It is important to work with a professional who can conduct an evaluation for both conditions. For more information and to find a professional:

Have you needed to seek help for a co-occurring condition? What has been your experience in finding qualified professionals to help you or your family member?

Whether you’ve been depressed and learn you have ADHD, or have had ADHD and find yourself suffering from depression, the chicken-egg question doesn’t really matter very much. It’s a challenge in either case.

The Double Whammy of ADHD and Depression

Apps to Help You Get Through the Day