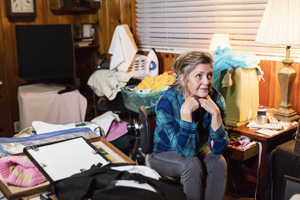 Many mental health conditions share similar symptoms and appear to be interconnected. Researchers are learning more about the relationship between ADHD and several co-occurring conditions, including ADHD and hoarding disorder.

About two-thirds of adults with an ADHD diagnosis have at least one other condition, such as depression or anxiety. Among all mental health disorders, not just ADHD, researchers find that co-occurring conditions appear to be “the rule, not the exception.”

To better understand the relationship between co-occurring conditions and ADHD, researchers in the United Kingdom examined hoarding disorder and hoarding behaviors and ADHD, especially as both stem from challenges with executive functioning.

Researchers evaluated volunteers for hoarding disorder and ADHD. They saw that many older adults with hoarding behaviors appeared to have undiagnosed ADHD. Younger adults with an ADHD diagnosis struggled with paring down their belongings for a variety of reasons related to executive function.

Dr. Morein-Zamir says a clue to answering these questions may come from what is already known about hoarding: that those who hoard have problems with inattention, planning, and organizing. These are also core symptoms of ADHD.

“Moreover, whilst hoarding disorder researchers are aware of the connection, researchers of ADHD and clinicians often are not,” she says.

The intersection of these two co-occurring conditions may lie in difficulties with information processing and executive functioning.

“Our results suggest up to one in five adults seeking help for ADHD may also have issues with hoarding that impair their everyday life,” says Dr. Morein-Zamir. “These findings are incredibly important to help improve our understanding of hoarding disorder, as this study has highlighted a much younger group of hoarders than previous research has been based on. It is also consistent with the possibility that many of the older hoarders we have worked with may have undiagnosed ADHD.”

“While having more than one condition may pose challenges for consumers and require more intensive diagnosis, treatment, and therapy, people with co-occurring conditions can get effective treatment,” says Husseini K. Manji, MD, an adjunct professor in psychiatry and behavioral sciences for Duke University School of Medicine. “Many university centers have specialized clinics that have more experience with individuals with comorbidities. Then, the treatment recommendations can often be implemented ‘locally.’”

Screen Time May Not Be Harming Social Skills