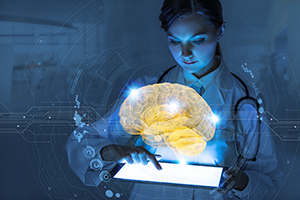 ADHD is the most prevalent psychiatric disorder of childhood, affecting nearly 10 percent of all US children ages 4-17 years. Despite tremendous advances in identification and treatment in the past 50 years, children with ADHD often struggle both socially and academically, even when treated.

By the age of four, as many as 40 percent of children have sufficient problems with attention to be of concern to parents, preschool teachers, and daycare providers. In young children, however, how does one know if a child who is active or distractible has a disorder, such as ADHD, or whether the behaviors are simply within the range of what is considered “normal?" Unlike other developmental conditions, like autism spectrum disorders, in which children often present with behaviors considered atypical under any circumstances (such as abnormal language use, stereotypic behaviors), those behaviors observed in ADHD (high activity, impulsiveness, distractibility) are observed in nearly all typically developing children who do not have ADHD.

Is there something unique or different about children diagnosed with ADHD that makes their behaviors easily distinguishable from those seen in otherwise typically developing youngsters? Continue reading ADHD as a Dimensional Disorder by E. Mark Mahone, PhD, ABPP, for the answer.

Modern ideas of brain-based conditions such as ADHD are moving away from categorical diagnoses to recognizing these conditions as spectrum disorders. A Johns Hopkins University School of Medicine professor takes an in-depth look at what this means for your child.

When Falling In Love Is Hard To Do