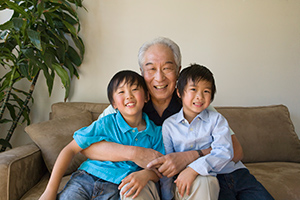 Many adults who were diagnosed with ADHD in childhood think their symptoms may have been conquered by maturity.

What does research have to say about that?  Researchers continue to look into the idea that some adults appear to outgrow ADHD, or at least most of ADHD’s outward appearing symptoms. However, about 80 percent of young people will continue to have ADHD into adulthood. This means about 20 percent of adults who were diagnosed with ADHD as children will no longer meet the clinical definition of the disorder.

Growing older, but not out of ADHD?

It used to be thought by professionals and parents that children and teens affected by ADHD would eventually grow out of the disorder. Even the former name of ADHD, “hyperkinetic disorder of childhood,” gave the impression that this was an age-limited condition. But by the mid-1990s, we understood that the majority of children diagnosed with ADHD would continue to experience ADHD symptoms well into adulthood.

ADHD has three main presentations, as described by the Diagnostic and Statistical Manual of Mental Disorders, Fifth Edition (DSM-5), predominately inattentive, predominately hyperactive, and combined type. These presentations can change during the different stages of a person’s life, and they can be affected by life circumstance. Many children who display the predominately hyperactive form can grow into adults who no longer display hyperactivity. Often these children were once thought to have outgrown ADHD simply because they acted more calmly in daily life, even though symptoms of inattention, impulsivity, and disorganization remained.

Writing in the Truisms of Wellness blog for Psychology Today, Courtney Lopresti, MS, reviews recent research and asks, “Can ADHD, much like certain forms of epilepsy, be outgrown? Or does the damage associated with ADHD stick around for the long term despite what clinicians once believed?”

The research, she says, is telling us no, even those adults who are no longer displaying ADHD symptoms are still experiencing the brain differences associated with ADHD. The presentation has changed, she writes, but the underlying disorder remains.

A closer look at the ADHD brain

Although behavioral manifestations may change in adults who were diagnosed with ADHD as children, have their unique neurological structures changed?  Researchers conducted brain scans on two groups of people – those who were diagnosed with ADHD as children or teens and no longer met the clinical diagnosis, and a control group of people who had no diagnosis of ADHD and did not display symptoms. They paid close attention to the caudate nucleus, a section of the brain that plays a role in how we learn, process and store memories, and communicate.

“The researchers compared brain scans between the two groups and found that, compared to the group of healthy controls, individuals who had been diagnosed with ADHD had reduced gray matter [brain tissue] in the caudate nucleus, a brain region that contributes to a wide variety of cognitive functions including memory,” Ms. Lopresti writes. “The surprising thing, however, was that this brain difference was present regardless of whether or not the participant still met the diagnostic criteria of ADHD. In other words, young adults who had been previously diagnosed with ADHD in adolescence but no longer demonstrated clinically significant symptoms still had smaller-than-average caudate nuclei than people without a history of ADHD.”

The researchers could see that even without behavioral symptoms present, the brain affected by ADHD maintains a structural difference that did not change as the study participants grew into adulthood.

“Not only can adults still meet the diagnostic criteria for ADHD, but adults who are technically ‘recovered’ from ADHD may struggle with certain cognitive tasks, experience less-than-healthy neural activity and have irregular levels of gray matter in certain brain regions,” she reports. “ADHD doesn’t disappear just because symptoms become less obvious—its effect on the brain lingers.”

ADHD in adults: A different presentation

Some adults who had milder symptom levels of ADHD as children may have developed coping skills that address their symptoms well enough to prevent ADHD from interfering with their daily lives. Others may have had a misdiagnosis of ADHD and the underlying condition is either resolved or properly identified and treated in adulthood. These thoughts may account for why it appears that about 20 percent of children have outgrown ADHD.

For many people, though, it’s not that they have outgrown ADHD, but that the presentation has changed as they have changed. Symptoms can change for better or worse depending on stress levels and the amount of support a person receives from his environment—routines and family members or employees or colleagues who can help compensate for some of the person’s executive function deficiencies on a daily basis.  When hyperactivity moved from external behaviors to internal behavior—the feeling of being “revved up” on the inside while calm on the outside—it can seem to others that ADHD has gone away along with its most obvious symptom.

The DSM-5 has tried to take that change of presentation into account when describing ADHD in adults.

“[T]he changes to ADHD in DSM-5 are important and reflect our increased knowledge about the nature of ADHD,” write Jeffery N. Epstein. PhD, and Richard E. A. Loren, PhD, in Changes in the Definition of ADHD in DSM-5: Subtle but Important for Neuropsychiatry (London). “The change in nomenclature from ‘subtypes’ in DSM-IV to ‘presentations’ in DSM-5 reflects increasing evidence that symptoms are often fluid within individuals across their lifespan rather than stable traits. The ‘presentation’ terminology better reflects that the symptom profile represents the person’s current symptomatology, which may change over time.”

For some adults, ADHD symptoms may also contribute to the emergence of co-occurring conditions, including depression, anxiety, and substance abuse disorders. Many people affected by ADHD will also see symptoms contribute to stress in their romantic relationships, marriages and partnerships.

Many people still think that ADHD can be outgrown or that adults can’t be diagnosed with ADHD. Often, professionals who have not kept up with current research and who are working one-on-one with patients will continue to think this is so, and will miss symptoms of adult ADHD. This can be a frustrating situation for the adult and those who care about him.

How have you seen your ADHD symptoms change over the years, and during different stages of your life?

Can you outgrow ADHD? Does it go away as you mature? Read on to learn what the research says, and what it means for you.