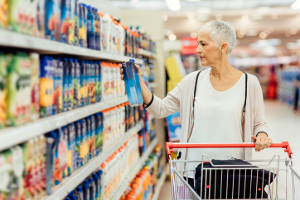 Question: I remember when I was a child, people said that some food colorings were the cause of ADHD symptoms, and today some people are saying that artificial preservatives are the reason there are so many kids diagnosed with ADHD. Should I keep my daughter away from foods that have artificial food coloring or preservatives? Is there any research that backs this up?

Answer: The idea that artificial food colorings and preservatives are somehow related to ADHD has been floated around since the 1970s.

Although the precise cause of ADHD is unknown, research has shown that the disorder is an inherited condition in the majority of people. Where heredity does not seem to play a role, difficulties during pregnancy, prenatal exposure to alcohol and tobacco, premature delivery, significantly low birth weight, excessively high body lead levels, and postnatal injury to the prefrontal regions of the brain have all been found to contribute to the risk for ADHD to varying degrees. Research, however, does not support the view that ADHD is caused by food additives or coloring. The research does show that these ingredients can make symptoms worse for some people affected by ADHD.

The FDA takes up the question

In 2011, the US Food and Drug Administration (FDA) looked at research published in the British medical journal The Lancet showing that after drinking a specially made drink containing artificial colors and preservatives, a group of children displayed what looked like the symptom of hyperactivity. Based on that research, some European countries moved to eliminate those ingredients from foods sold in those countries. An FDA committee asked if this was needed in the United States. After two days of discussion, the committee members voted to recommend no action because they felt the research from this study and other studies wasn’t clear enough to show these ingredients had caused the problem.

“If your child’s behavior or inattention gets worse after eating foods with artificial food dyes, then consider avoiding them,” former CHADD CEO Ruth Hughes, PhD, said to parents following the FDA review of the research. “This will probably not make the symptoms of ADHD disappear, but it may reduce the severity. If there does not seem to be an effect from eliminating foods with dyes and/or if avoiding food dyes is too expensive, too difficult, or creates too much tension in your relationship with your child, then this may not be a change that is important in your child’s overall treatment.”

“Unfortunately, most studies analyzing the effects of artificial food colors are limited in some way,” he says. “Many of these studies lump artificial food dyes together with each other or with preservatives, making it impossible to distinguish which colors may be more harmful. There is not a standard ‘dose’ or duration of exposure to artificial food colors in the studies, further clouding the results. These results suggest that food dyes are a widespread public health problem, rather than just an ADHD problem.”

Dr. Arnold and colleagues also reviewed multiple studies about artificial food colors and preservatives in Artificial Food Colors and Attention-Deficit/Hyperactivity Symptoms: Conclusions to Dye for. He again urged additional research that was more targeted in figuring out if there is a role played by artificial colors in children’s behavior. They offered several working conclusions based on the research:

—Adapted from Artificial Food Colors and Attention-Deficit/Hyperactivity Symptoms: Conclusions to Dye for.

What about artificial food colors and your family?

Many families have found ways to avoid these ingredients, which are often included in prepackaged foods. You may also encounter them when dining out. Typically these foods are not among the healthiest choices available. Focusing meals and snacks on whole and minimally processed foods is beneficial for all your family members; it is also a good way to avoid some of those ingredients that may aggravate your daughter’s ADHD symptoms.

Do you have a question about ADHD? Join the conversation at Questions and Answers or contact our health information specialists, Monday through Friday, from 1–5 p.m. ET, at 866-200-8098.

Is ADHD Interfering with Your Sleep?

Smells Good to Me: What about Aromatherapy?