Help! My Child is Addicted to Video Games 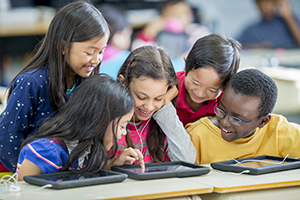 Do you sometimes feel that you’re losing your loved one to video games, that he’s losing touch with the real world, or that his excessive use may be making his ADHD symptoms worse? How much is too much, and what can you do about it?

Although research is pointing toward an association between ADHD and video game overuse, a definite cause for overuse has not yet been determined. Nevertheless, studies do show that the problematic use of video games is creating stress between parents and children.

In the past decade, several research studies have taken up the question of “video game addiction” with compelling results.

T. Atilla Ceranoglu, MD, a child and adolescent psychiatrist in Massachusetts, has researched the use of video games in clinical practice for children and the effects of video games on their cognitive and attention skills. Working with children and teens, he has a strong interest in how video game overuse and ADHD can be related. Many of his patients affected by ADHD and co-occurring conditions have struggled with the place of video gaming in their lives.

“There are kids who are struggling because of their problematic video game use,” Dr. Ceranoglu says. “ADHD kids are more likely to play problematically than non-ADHD kids.”

Dr. Ceranoglu is the director of psychiatric services for the Shriners Hospital for Children of Boston and a member of the Massachusetts General Hospital Bressler Program for Autism Spectrum Disorders and Pediatric Psychopharmacology.

Margaret D. Weiss and co-authors write in The screens culture: Impact on ADHD, “Various studies confirm that psychiatric disorders, and ADHD in particular, are associated with overuse, with severity of ADHD specifically correlated with the amount of use. ADHD children may be vulnerable since these games operate in brief segments that are not attention demanding. In addition, they offer immediate rewards with a strong incentive to increase the reward by trying the next level. The time spent on these games may also exacerbate ADHD symptoms.”

Children and teens affected by ADHD who become absorbed in their video game play can find it harder to break away from their activities, Dr. Ceranoglu says. In response, they can react in defiant ways and become argumentative with their parents when they don’t normally display these behaviors.

Dr. Weiss and her co-authors also noted this behavior, “Children who are not otherwise oppositional may experience extreme rages if a parent pulls the plug in the middle of a game when a child is non-compliant with instructions to turn it off.”

“(Overuse of video games) fuels the negative effect in the house,” Dr. Ceranoglu continues. “There’s good data to show kids with ADHD are at greater risk to play for longer times and without permission.”

Aviv Weinstein and Abraham Weizman write in Emerging Association Between Addictive Gaming and Attention-Deficit/Hyperactivity Disorder, “There is growing evidence of high prevalence of addiction to computer games and video games among children, which is causing concern because of its harmful consequences.” They go on to say “There is also emerging evidence of an association between computer game and video game addiction and attention deficit/hyperactivity disorder. This is indicated by the occurrence of gaming addiction as a co-morbid disorder of ADHD.”

While researchers and clinicians, along with parents, speak about the idea of video game addiction, Dr. Ceranoglu says the addiction model may be misleading. He says that right now video game overuse is not yet considered an addiction disorder medically and that researchers are finding too wide a percentage spread for children and young people who would fit the profile of someone with an addiction.

“(The various research) suggests that there isn’t a unified understanding of the criteria” for video game addiction, he says. Although definite changes in the brain can be seen when a person has an addiction, those changes can’t be pinpointed in the brains of individuals with problematic video game overuse, Dr. Ceranoglu says.

But this doesn’t mean that video game overuse is not a problem for some children and teens, he says.

“(Video games) tell us more about a brain that may have a problem with impulse control,” Dr. Ceranoglu says. More than nine hours of video game play in a week is considered heavy use and the point where researchers see changes in a child or teen’s behavior. He added that the fast pace of most video games are more attractive to young people affected by ADHD. “It rewards the impulsive streak. What I find is a video game absorbs a kid (in game play) who otherwise can’t maintain attention.”

Dr. Ceranoglu says research has also shown that children who play video games for 40 minutes can have some improvement in their attention skills, but after 90 minutes of game play, those same attention skills become worse than at the start of the game.

“Kids need to ‘play smart,’” he says. “It’s better to play 40 minutes, three times a day than 120 minutes straight through.”

Research using evidence-based approaches to help young people affected by gaming overuse is still ongoing. This leaves many clinicians to rely on their professional experience with ADHD and addictive behaviors. Part of the goal of continuing research is to evaluate the effectiveness of the various clinical approaches and determine what may consistently work for families.

What can you do to help?

When video game playing has become problematic and you can see your child withdrawing from friends and family, or there has been a drop in grades or he has quit social activities and sports, it becomes necessary to step in to help the child to return game playing to its proper place in life.

“There are several factors we know need to be done to intervene,” he says.

Dr. Ceranoglu says this can be a difficult time for a family. First is understanding how game playing has become problematic and secondly in changing the behavior. Often, a young person will be argumentative during this time and can sometimes act out in inappropriate ways.

Rather than completely remove or forbid game play, he encourages parents to take an active interest in the video games their children are playing and ask questions: Why do you like this game? Why do the characters treat one another in these ways? What do you find interesting about this game? Is there something in the game that you get to do that you can’t do in real life? Asked as part of on-going conversations, these questions could provide insight into the reasons for your child’s overuse and help you direct your child toward other activities.

Dr. Ceranoglu suggests parents do the following if they’re concerned about overuse:

If you are still concerned about your child or teen’s use of video games after trying the above suggestions, it’s best to discuss it with your child’s health care provider. Just as important as addressing the game playing is addressing the underlying reasons a young person affected by ADHD is drawn to game play, Dr. Ceranoglu says. Addressing video game overuse can be incorporated into your child’s treatment plan as part of behavioral management for ADHD.

Your child’s provider may be able to refer you to a behavioral specialist who can help you and your child develop a plan to scale back or eliminate video game playing. For some young people, cognitive behavioral therapy may be helpful. Additionally, incorporating more in-person activities that your child enjoys can also help by limiting the time available for game playing.

How much time does your child spend playing video games?

Let us know what works for you or tell us what you think about Dr. Ceranoglu’s suggestions to limit game playing time.

Help! My Child is Addicted to Video Games

Q&A: Medication Isn’t an Option for My Child