Is Chiropractic Effective for ADHD? 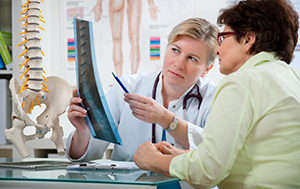 Could a visit to a chiropractor help you manage your ADHD symptoms? You may have heard a friend or another acquaintance say a visit was helpful for him. Is this possible? And what is chiropractic?

Most people know chiropractic medicine is used to treat the spine and other common physiological conditions, such as low back pain, neck pain, and headaches. But there are many misconceptions about what it is and the conditions it can effectively treat. Some chiropractors say they have success with patients affected by ADHD. But are there any evidence-based studies that show that chiropractic medicine is effective in helping to reduce the symptoms of ADHD?

What is chiropractic medicine?

Chiropractic medicine focuses on the spine and the nervous system without employing medication. The spinal cord passes from your brain down through your spine, with nerves leaving the spinal cord along the way toward every part of your body. If there is a misalignment in the joints of the spine, it can cause compression and inflammation in the joints. It can also exert pressure on the nerves, causing swelling and discomfort, or pain that radiates into other parts of your body.

How do our joints get misaligned? Micro-injuries caused by the stress of daily life, lifting something that is too heavy, or lifting improperly and putting strain on your back, or car accidents or falls can cause joints to become misaligned. A chiropractor realigns the joints using manual adjustments, freeing the joint to move properly and releasing pressure on the nervous system.

The use of complementary and alternative medicine for people affected by ADHD has increased as parents and healthcare providers either seek to include it as part of a treatment plan or look for alternatives to stimulant medications.

According to the International Chiropractic Pediatric Association, there are many people who have reported chiropractic has helped them or their children manage the symptoms of ADHD more effectively. In one case study, a mother reported that her son had difficulties with stimulant medications that negatively impacted his weight and growth. After taking him off his medication at age six, his appetite increased and he grew rapidly but his ADHD symptoms worsened. She decided to try chiropractic care, and after six weeks his teacher reported to her that his work had suddenly improved, he was able to concentrate better and answer questions correctly.

How does it help?

ADHD is a brain-based condition. ADHD is diagnosed based on behavioral symptoms, and “we believe that we have multiple centers in the brain that work in concert for behavior and attention regulation,” says CHADD Professional Advisory Board Co-chair Craig Surman.

Neural signals do not just go from the brain to the rest of our body. They also go from the body to the brain via the spinal cord. If the spine is misaligned and negatively impacting the nerves and nerve function, restoring that alignment and removing pressure from the nervous system enables it to function better.

What do studies report?

Some early studies, and a more recent study The chiropractic care of children with attention-deficit/hyperactivity disorder: a retrospective case series, show a correlation between chiropractic manipulation and improvement in ADHD symptoms. These studies also concluded further research was needed. A review of the literature in 2010 found a lack of high quality evidence to support claims that chiropractic care improves ADHD symptoms for young people, and that more rigorous scientific research should be undertaken.

Does this mean that you should not consider including it as part of your treatment plan? Not necessarily; for most people affected by ADHD, the most successful treatment plans include a number of tools. For more information and helpful guidance about how to consider complementary treatments, see Complementary and Other Interventions.

There are a wide variety of philosophies and techniques in chiropractic medicine. Choosing the one that is right for you can involve research to learn about the different types, asking your healthcare provider for referrals, and interviewing potential doctors. Resources such as the American Chiropractic Association and the International Chiropractic Pediatric Association have tools to help you find chiropractors near you.

When choosing a chiropractor, there are several things to consider:

Making the call on chiropractic care

While a few studies have shown chiropractic has been helpful for young people affected by ADHD, there is not enough evidence to show that chiropractic could replace stimulant medications. The most effective treatment plans include multiple tools working together to manage your ADHD symptoms. Which options are best to support to your needs depends on your symptoms and circumstances. You need to work closely with your health care provider to determine the best approach and interventions for you.

Have you been to a chiropractor as part of your treatment for ADHD? What has your experience been?

Has someone suggested you add a chiropractor to your treatment plan team? We took a look at some of the research on chiropractic medicine and ADHD treatment. Keep reading for what we found.

Is Chiropractic Effective for ADHD?