Is Video Gaming a GO? 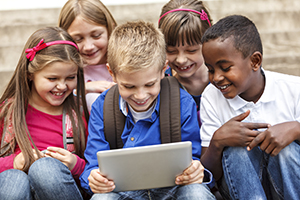 This summer’s fad seems to be the popular phone app Pokémon GO. Your child (or you!) might be a “trainer” in this game, which has people walking around their neighborhoods to find animated creatures and collect rewards at special PokéStop locations. But have you wondered how this game may be affecting ADHD symptoms?

The game provides a quick reward, with a character appearing almost immediately after signing in. It provides constant newness and stimulation, as there are many different, cute characters to collect. Game players set off on a scavenger hunt in their location to “collect ’em all,” as the game promoters say.

How do video games really affect children with ADHD? Several research studies looked into this question. Most researchers agree that the aspects of novelty, activity, and reward are large parts of what draw people with ADHD to play video games. Some research has shown a benefit for children affected by ADHD who played the videos games used in those studies, with a decrease in impulsivity and some improvements in executive function. The study Inhibition, ADHD, and Computer Games concluded that children could complete specific tasks when they were framed as video games. Children also made fewer ADHD-related mistakes when playing the study’s video game.

Randy Kulman, PhD, of Learning Works for Kids, presented on video games and ADHD for the CHADD Annual International Conference on ADHD. He writes frequently about video game use by children affected by ADHD.

“There is a great deal of controversy about whether to consider video games good, bad, or neutral for kids,” he says. “While there are hundreds of studies demonstrating how video games can improve learning and foster brain development, there are also very serious concerns about video-game addiction and the health risks of excessive video-game play. Gameplay is an opportunity for learning but one that needs to be balanced with other activities, as well. An overreliance on games is likely to be unhealthy.”

“There is no question that playing video games affects the brain,” Dr. Kulman says. “Most of the existing studies suggest that video games can improve brain-based skills and help kids with ADHD. However, as with virtually anything else in the world, too much of a good thing is bad for you. If you drink too much juice, eat too much fruit, or spend too much of your time jogging, there will be negative effects. Helping your child have a balance of physical, social, unstructured, creative, and digital play, what I call a healthy ‘Play Diet,’ is vital. With video games, playing between 60 to 90 minutes a day appears to benefit kids the most.”

Should you be concerned about your child’s video game time? There is some evidence that children affected by ADHD could develop a dependence on playing video games so it would be a good move to monitor which games and how much time your children spend playing. Encourage your children to have additional activities to participate in and set limits for gaming time if necessary.

It may be time to put the brakes on video games in your home if your child is having difficulty with the following:

Some parents have needed to work with a specialist to help limit their child’s game time when playing video games has become a problem.

For popular, interactive games, parents often find that joining their children for a video game―or perhaps a walk around the neighborhood to find Pokémon―can be a bonding experience that helps strengthen their relationship with their child.

Is Video Gaming a GO?

What Response to Intervention Can Do For Your Child