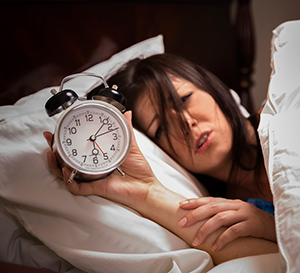 Sleep problems are a well-known symptom of ADHD. But recent research has prompted some people to speculate whether ADHD may be caused by a sleep disorder, or even that ADHD is a sleep disorder. While such speculation may be a bit rash, given the early-stage of this research that is inconclusive at this point, it’s a development we are watching with interest.

The effects of sleep deprivation―irrespective of ADHD―to both physical and mental health has long been recognized and studied. Sleep that is either too brief, interrupted, or disturbed has been associated with deficits in attention, learning and memory, and higher-order cognitive processes, such as executive function and decision-making. Impaired sleep has also been shown to affect the expression and management of emotions, and to be associated with disorders such as major depression and PTSD. Poor sleep habits affect self-regulation and -control, which is a critically important function impaired by ADHD symptoms.

Research in 2010 investigated sleep rhythms, sleep-onset insomnia (known as SOI, in which falling to sleep is delayed by anywhere from one to four hours) and fluctuations in melatonin (a hormone important in the regulation of biorhythms and triggering sleep) in adults with ADHD, prompted a host of additional research on the subject. Then one of the authors from the 2010 study, Sandra Kooij, MD, PhD, presented findings at the September 2017 European College of Neuropsychopharmacology Congress in Paris, and now there’s a lot of “buzz” around ADHD and sleep.

Dr. Kooij has suggested the connection between your ADHD and your biological clock may be through the neurotransmitter dopamine, which is typically deficient in people affected by ADHD. The stimulant medication often prescribed for ADHD increases dopamine, which is considered a “day hormone,” while melatonin is the opposite, triggering sleep.

"So here we are getting closer to understanding how daytime dopamine, which is low in ADHD, and delayed melatonin function at night may be two sides of the same coin,” says Dr. Kooij.

Adults with ADHD and SOI:

This research is early and does not yet meet the requisite Levels of Evidence  for interventions, as developed by CHADD’s Professional Advisory Board. The researchers will next experiment with supplements of melatonin in different doses and times in the evening, to determine whether SOI will respond effectively to such treatment.

Has falling asleep at bedtime been a challenge for you?

You toss and turn, finally falling asleep around 3 a.m., but you have to get up by 6 or 7 a.m. Then your whole day is plagued by inattention and disorganization. This is the curse of ADHD. But researchers are beginning to re-think the relationship between ADHD and sleep. Read on to find what this could mean for you.