Q&A: What about caffeine for ADHD? 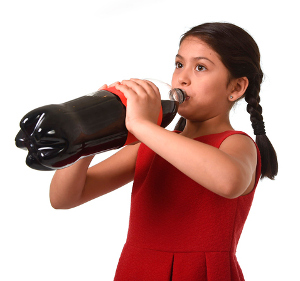 Answer:  Using caffeine, either in a drink or in an over-the-counter preparation, is not recommended by medical experts as a treatment for ADHD. Although some studies have shown that caffeine may improve concentration in adults with ADHD, it is not as effective as medication. At this time, there aren’t any caffeine-based preparations or medications approved to treat ADHD. For children, however, caffeine’s risks can outweigh any possible benefits of its use.

Caffeine is a central nervous system stimulant that acts on the brain by affecting the neurotransmitters related to alertness and cognitive thinking.

Caffeine works by replacing adenosine, a substance produced in your brain that signals to your body that it’s time to wind down. According to David DiSalvo in Psychology Today, caffeine takes the place of adenosine in the brain’s receptors and disrupts the nervous system’s way of monitoring adenosine. This has the effect of allowing the dopamine and glutamate, the brain’s own naturally occurring stimulants, to have a greater effect than they would if the adenosine wasn’t blocked by the caffeine.

“In other words, it’s not the caffeine that’s doing the stimulating,” Mr. DiSalvo explains. “Instead, it’s keeping the doors blocked while the real party animals of the brain [neurotransmitters dopamine and glutamate] do what they love to do.”

Additional research outside of ADHD treatment indicates the caffeine in coffee may be helpful to prevent Parkinson disease and may help to reduce the risk of type 2 diabetes.

There can be too much of a good thing, however. Consuming large amounts of caffeine can cause jitteriness or a feeling of nervousness, headaches, and upset stomach, and make it hard to sleep. Doing so in addition to taking your ADHD medication can result in dangerously acute jitteriness or out-of-control impulsivity. Many people who have caffeinated drinks every day—such as coffee, tea, and colas (the most commonly caffeinated type of sodas)—can experience caffeine withdrawal symptoms, such as headaches and feeling irritated, when they skip their regular drink.

Most research on the benefits of caffeine and on ADHD symptoms has been done in adults. Many adults already reach for their morning cups of coffee or tea, and many are aware that an afternoon cola acts to pick them up during the slower parts of the day.

Can that cup of coffee, tea, or can of cola improve ADHD symptoms? Researchers have seen an improvement in ADHD symptoms during their studies on adults. In the study Tea consumption may be an effective active treatment for adult attention deficit hyperactivity disorder, researchers recognize the caffeine in tea as a stimulant that improves symptoms in adults and suggest it could be used as an effective treatment for ADHD.

Caffeine in children and teens

Children are more likely to develop a dependence on caffeine and could do so more quickly than adults. Because coffee and tea tend to be bitter, children prefer these drinks to be highly sweetened, leading them to take in more sugars and calories than needed. Caffeine at any point during the day could make it hard for children to sleep at night, leading to other problems, including behavioral issues related to sleepiness. Children’s and teens’ bodies and brains grow and develop while they are sleeping. Reducing the amount of sleep a child receives may affect these processes.

In teens, caffeine can have similar effects as it does for adults. Teens often choose highly caffeinated energy drinks and sodas, which are marketed to their age group. These often have amounts of caffeine much higher than a mug of coffee in addition to a lot of sugar. While teens can experience some of the benefits of caffeine that adults do—greater alertness, improved focus and concentration, and decreased fatigue—they are at a greater risk of overdoing it and developing health problems.

In the overview Caffeine Use in Children: What we know, what we have left to learn, and why we should worry, researcher Jennifer L. Temple, PhD, explores caffeine use by children. She notes many concerns related to development, behavior, and health when caffeine is consumed regularly by children and teens. Some studies have shown that regular, high levels of caffeine consumption can increase the risk of cardiovascular disease and lead to bone loss and reduce calcium absorption, which could affect bone development in children. In light of the many concerns, she calls for more research to better understand how caffeine use affects children’s long-term development.

With the noted benefits in adults, some researchers are asking if caffeine in a medical application should be revisited as a possible treatment for ADHD (Ostracising caffeine from the pharmacological arsenal for attention-deficit hyperactivity disorder – was this a correct decision? A literature review).

“Low to moderate doses of caffeine were found superior to placebo or no treatment at all,” the researchers write, meaning that they were able to see a positive effect on ADHD symptoms from the caffeine. “Moreover, the majority of ADHD patients in adolescence and adulthood are more likely to use caffeine than the general population, and in doses that may well influence their ADHD symptoms. The fact that a few patients, who do not respond to first-line stimulants, respond to caffeine may reflect an as yet unknown genetic predisposition or neurobiological phenotype. We may be able use that to our advantage when choosing or combining treatments in the future. Therefore, the question as to whether caffeine deserves a place in the arsenal of pharmacological agents for ADHD in adolescence and adulthood remains to be answered. It is possible that caffeine has been ostracized from the therapeutic arsenal for the wrong reasons.”

How about you and caffeine?

For adults, the research sees no harm and possibly some benefit from a daily cup or two of coffee and tea. If you have ADHD and experience an improvement in your symptoms after a caffeinated drink, it may be the caffeine helping out.

As for its use as part of your treatment plan, this is an important discussion to have with your doctor. Your doctor, reviewing the available research and your own medical history, can offer you guidance on how much caffeine may be healthy for you to have each day.

Do you have a question about ADHD? Join the conversation at Questions and Answers or contact our health information specialists, Monday through Friday, from 1-5 p.m. ET, at 866-200-8098.

What do you think of our Health Information Specialist’s answer? Share your thoughts on this question.

It Can Be Difficult to Stay on Medication

Q&A: What about caffeine for ADHD?