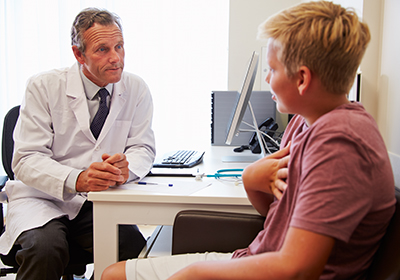 Can ADHD, especially when unmanaged, speed up the aging processes? Mounting research indicates that by midlife, adults who had ADHD as teenagers can be physically older than their chronological age. ADHD and other mental health conditions appear to contribute to certain physical conditions and lifestyle habits that can accelerate aging in one’s forties and older.

“The longer that I’ve worked with older adults, in particular, the more I think of psychiatric [conditions] as not a brain disorder, but as a whole-body disorder,” says Brent Forester, MD, MSc, chief of the division of geriatric psychiatry at McLean Hospital in Boston, Massachusetts. He was not involved in the study but frequently comments on research on aging.

A study published in JAMA Pediatrics, part of the Journal of the American Medical Association publication network, considered the health impacts that ADHD, depression, anxiety, obesity, smoking, and asthma during the teenaged years might have in adulthood. The study compared data from adults whose conditions were treated during their adolescent years and those whose conditions were not treated in adolescence. The researchers also looked at comparisons between the mental health conditions and asthma.

Participants, who were about the age of forty-five during the study, were assessed for their general health and markers of aging, including walking speed, brain age, and facial age. Those who experienced one of the studied mental health conditions, were obese, or smoked during teen years walked more slowly, had brains that were aged two-and-a-half years older, and had older-looking faces. They were biologically older in measurable ways than their age in years of life.

Researchers noted that the participants who had ADHD had not included stimulant medications in their treatment plans as teens. Medications now prescribed for teens who have anxiety or depression were not available to the participants during their adolescence.

Participants who had asthma as teens did not show advanced aging due to the condition. Effective treatment for asthma was available to the participants as teens, which may have prevented rapid aging later.

Kyle Bourassa, PhD, says the study adds to past research by expanding what is known by comparing the mental health conditions of ADHD, depression, and anxiety, along with obesity, smoking, and asthma. The study found that the group of mental health conditions, obesity, and smoking were associated with accelerated aging. Asthma, which had effective treatment when the participants were young, appears not to be associated with accelerated aging.

Dr. Bourassa is the study’s primary author. He is a clinical psychology researcher and advanced research fellow at the Durham VA Health Care System.

Prior research by Russell A. Barkley, PhD, demonstrates that ADHD affects one’s overall health and makes it more difficult to manage chronic health conditions, maintain a healthy and physically active lifestyle, and utilize self-regulation in situations that can have direct or indirect impact on one’s health.

Dr. Barkley’s research estimates that unmanaged ADHD can shorten a person’s life by as much as thirteen years.

Using research to your advantage

Knowing that untreated or poorly managed ADHD can contribute to faster aging can give families and adults the advantage. Providing evidence-based treatment for children and teens and taking control of ADHD symptoms as adults can have lasting effects that improve quality and length of life.

“If you look at the four biggest health risks in the US—poor diet, insufficient exercise, obesity, and smoking—ADHD presents a greater risk than all four of these concerns combined,” explains Dr. Barkley. “The good news is, with accurate diagnosis and the continued use of evidence-based treatments including cognitive therapy, educational support, skills training, and medications, people with ADHD may add years back to their lives.”

“The hope is … a much higher proportion of those children and adolescents are actually going to be treated for these things, which will reduce the risk of accelerated aging later in life,” says Dr. Bourassa. “Those kinds of investments younger in the lifespan could net big benefits in terms of both health and the cost of healthcare later on as well.”

“If we can treat these conditions, slow people’s aging, then that’s going to have health benefits across the lifespan and basically throughout their entire body,” Dr. Bourassa says.

Interested in how ADHD affects physical and mental health?

Join the discussion: How has ADHD affected your health or lifestyle?

Help Your Teen Transition from High School to College