To Recess or Not to Recess for Kids with ADHD? 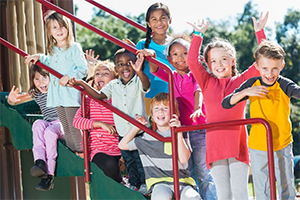 Amid the recent failure of Florida parents to pass a senate measure to guarantee recess for elementary school children and continued national spotlight on academic standards, recess is getting pushed aside. For elementary children with ADHD, recess is more than one of the favorite parts of the school day—it’s vital as a physical outlet for hyperactivity and to help their brains grow.

Too often, when children misbehave in class, one of the disciplinary actions schools employ is to hold children in from recess and have them spend the time either in the counselor’s or principal’s office. The thinking is that by removing something the child really enjoys, the punishment will deter further misbehavior. This form of punishment is not only ineffective for many students, but it can have especially negative consequences for children with ADHD.

A 2015 study published in the Journal of Abnormal Child Psychology shows aerobic physical activity could help reduce the severity of ADHD symptoms in children, as reported by their parents. Additionally, researchers from Michigan State University published a 2013 study in the Journal of Pediatrics showing a single bout of moderate exercise improved the behavioral, neurocognitive, and scholastic performance in children with ADHD.

“A wealth of literature, primarily in animals, shows how physical exercise increases all aspects of brain development,” says Jeffrey Halperin, PhD, a professor of Psychology at Queens College. “Children with ADHD in particular have delayed or stunted development of the brain so that the idea that they’re moving around is certainly likely to help them facilitate brain growth and development.”

The American Academy of Pediatrics states that recess is crucial in school for all children, not just those with ADHD. The AAP expressed concerns that the amount of recess was being reduced for elementary school children in favor of academic work. The AAP has outlined for parents and educators the benefits of recess. Through play and recess, children learn to problem solve and think things through; they learn how to get along with their peers and deal with conflicts that arise; and they get exercise, which helps combat obesity.

To Recess or Not to Recess for Kids with ADHD?

Ask the Specialist: Talking to Teens about Healthy Dating