Will ADHD Symptoms Improve with Marijuana? 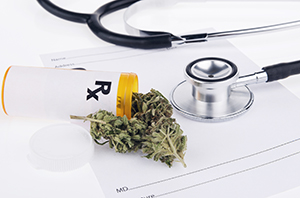 Question: We live in a state that has legalized medical marijuana. Our young adult son wants to discontinue his stimulant medication and use marijuana to treat his ADHD symptoms. Is this a good idea?

Answer: When it comes to your son’s health and the treatment of ADHD to improve his life, marijuana cannot treat his symptoms effectively. It can actually make them worse and create greater physical and mental health risks for him, now and in the future. It is not a harmless substance.

There are several states that have legalized medical or recreational marijuana. Some people have suggested marijuana, including THC and cannabis, in various forms as a possible treatment for ADHD. However, there is currently no research supporting marijuana in any form, or any product derived from it, as a treatment for ADHD or specific ADHD symptoms. THC, the active compound, does not increase attention or the ability to focus. It is known to relieve physical pain for some other medical conditions and may temporarily alleviate feelings of stress and anxiety by producing euphoria—the feeling of being high. Due to its sedative effect, it may calm hyperactivity in some people. It further impairs decision-making and increases disorganization. When it is smoked, it carries the same risks as cigarette smoking and can damage a person’s lungs.

In addition, it carries specific risks for teenagers and young adults. Recent research shows using marijuana increases the risks of mental illness and can worsen depression. Marijuana use has also been linked to lowering IQ and physical changes to the brain. These changes can actually increase the symptoms of hyperactivity and inattention.

“We are increasingly concerned that regular or daily use of marijuana is robbing many young people of their potential to achieve and excel in school or other aspects of life,” says Nora D. Volkow, MD, the director of the National Institute on Drug Abuse. “THC, a key ingredient in marijuana, alters the ability of the hippocampus, a brain area related to learning and memory, to communicate effectively with other brain regions.”

Your son should discuss this directly with his doctor, rather than making the decision to change his treatment plan on his own. His doctor can work with him to modify his plan, including trying different medications for ADHD, and help develop an approach to treatment that is healthy and works for him.

For more information on this topic, please visit the National Institute on Drug Abuse.

Is Genetic Screening the Right Choice for You or Your Child?

Does Your Child Need a New ADHD Evaluation?

Making a PCS Move When Your Child Has ADHD

Will ADHD Symptoms Improve with Marijuana?