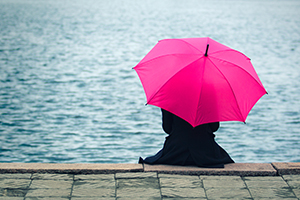 According to a recent study, women affected by ADHD cope with much more than inattention—frequently, women face insomnia, chronic pain, anxiety, and substance abuse along with their ADHD symptoms. Almost half of the women in the study have considered suicide.

The majority of the women in the study described the loneliness that comes from struggling to maintain appearances, even though these women felt themselves to be crumbling inside from the weight of ADHD.

“The symptoms of the disorder can cause social challenges and difficulties in the work environment,” says Esme Fuller-Thompson, the study researcher. “It is possible that these struggles, particularly if [they are] internalized, may cause some women with ADHD to develop feelings of self-blame and low self-esteem, which can influence mental health in the long term.”

“A normal person can create a list and if they don’t get through it, they’ll be fine,” Erin Soto, tells The Huffington Post. “Sometimes, I have a list, and I won’t get through half of it and that will just send me into a tailspin. It’s like, you overload your plate so much in your mind that you just crash,” she adds. “You can’t focus. You can’t sleep.”

David Goodman, MD, a member of the CHADD Board of Directors, has treated many women as the director of the Adult Attention Deficit Disorder Center of Maryland. Ms. Soto’s experience, he says, is shared by most women affected by ADHD.

“Women do get missed,” he says. “If you had a male, they probably wouldn’t say that you’re ‘lazy and dumb.’ They may just say that ‘you’re not motivated’ and you’re ‘not interested.’”