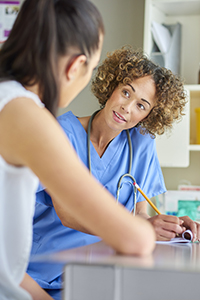 Should you employ medication as part of your child’s treatment plan? While this is a question best answered between you and your child’s doctor, a newly released study offers evidence that medication management makes a difference when it comes to teens avoiding risky behaviors.

The researchers examined 150,000 Medicaid claims for children affected by ADHD in South Carolina during a 10-year period. What they found was that children whose treatment plans included medications for ADHD were less likely to experience negative consequences from risky behaviors during their teen years. These negative outcomes included sexually transmitted diseases, substance abuse, and injuries.

Teens who were prescribed medication as part of their treatment plan decreased their risk of contracting an STD by 5.8 percent; reduced the risk of substance abuse 7.3 percent; and lessened their risk of injuries, usually caused by impulsive or inattentive behaviors, by 2.3 percent.

"ADHD is such a major issue, but no one seemed to be able to give a very definite answer to the long-term effect of the medication," said Princeton researcher, Anna Chorniy, PhD, who conducted the research with Leah Kitashima, a PhD candidate at Clemson University. "For our sample population, we were able to see everyone who had an ADHD diagnosis and track their health over time to identify any potential benefits of the medication or the lack thereof."

The benefits, the paper concludes, include both healthier young adults and a reduction in medical costs paid by health insurance.

This research, Sex, drugs, and ADHD: The effects of ADHD pharmacological treatment on teens’ risky behaviors, adds to previous research that has shown that including medication in children and teens treatment plans has a protective effective when it comes to drug use risks.

"Many professionals and parents still doubt the existence of beneficial long-term effects of ADHD medication," said Helena Skyt Nielsen, a professor in the Department of Economics and Business at Aarhus University in Denmark who has studied ADHD treatment in children but wasn’t involved in this research. "Therefore, it is extremely important to collect more hard evidence on the impact of ADHD medication. Anna Chorniy’s paper is a great example that non-experimental impact assessments are very informative about the consequences of ADHD medication."

When deciding on a treatment plan for a teen affected by ADHD, parents and teens should discuss options with the teen’s medical professional. The most common and effective treatment for teens with ADHD combines medication and psychosocial treatment approaches.