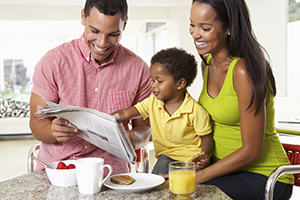 Has recent news coverage on ADHD made you start questioning the treatment plans you have for you or your child? Don’t let these headlines make you second guess the thoughtful choices you made with your healthcare provider for the treatment of ADHD.

“There’s an increasing number of articles about ADHD and I think it’s important to understand how these articles get generated and how they adopt a tone about the information,” says David Goodman, MD, director of the Adult Attention Deficit Disorder Center of Maryland and a member of the CHADD Board of Directors, during the NRC’s webcast Representation of ADHD in the Media.

It’s important to keep in mind the media tend to focus on the most sensational aspects of health news and then emphasize those aspects. Media outlets make money by getting people to read or watch their publications or click on their webpages. The more alarming or exciting the headline, the more likely people are to pay attention to those news stories or websites.

Scientist Discover One Surprising Trick to Solving ADHD in Kids

These headlines came out following the results of a study published in the Journal of Attention Disorders surveying 184 parents of children with ADHD and 104 parents of children without ADHD. They were asked whether their children engaged in healthy behaviors, such as limiting screen time, how much sleep the children had, and if they drank sweetened beverages. What the researchers found was the children without ADHD were more likely to engage in healthy lifestyle behaviors than those children with a diagnosis of ADHD. The study didn’t examine if increasing healthy behaviors would improve the children’s ADHD symptoms. And yet, the headlines proclaimed ADHD could be solved by having your child sleep more or eat healthier.

This Common ADHD Medication Could Pose Heart Risks for Some Kids

ADHD Drugs Like Ritalin Could Cause Heart Problems in Kids

The headlines above reported on a study published in the British Medical Journal. Researchers reviewed a nationwide health insurance database from South Korea and found an increased risk of arrhythmia, abnormal heart rhythm, when patients were starting methylphenidate. However, despite this increased risk, they found, “No significant increased risk was observed for hypertension, ischemic stroke, or heart failure.” Many media outlets reported the results of the study accurately, but some became alarmist with headlines that seem designed to worry families whose children are being treated with stimulant medications for their ADHD.

It’s important for you to be a savvy consumer of media. When you hear or read something that feels alarming to you, don’t immediately change your treatment. Dr. Goodman advises asking yourself what questions in the article are not being asked or answered and to read further into the topic. Talk with your health care professional if you feel the news or information you have learned may have impact on your treatment plan.

What else can you, as a consumer of news, do when confront with sensationalized headlines?

“If you read these article and you find the information is misrepresenting the issues, look for the byline and just write to the reporter,” Dr. Goodman says. “The best way to approach a journalist is to offer to broaden the information and let the journalist know you’re available to be interviewed (on what it’s like to have ADHD).”

Interested in more tips on being a savvy media consumer about ADHD? Watch Representation of ADHD in the Media.

Why You Need to Keep Good Records for ADHD