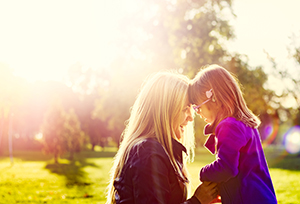 Research published in the medical journal Pediatrics shows ADHD and autism may be co-occurring more often than previously thought. The study authors concluded that a “sizable minority” of children affected by ADHD also display symptoms or traits of autism spectrum disorder. This finding suggests autism spectrum traits are also connected to a greater impairment in interpersonal skills for children affected by ADHD and more difficulties in school.

A second, more recent study in Autism, found children affected by both ADHD and autism displayed lower cognitive function, more severe social impairments, and greater delays in adaptive function than children who had a diagnosis of only autism spectrum disorder.

“There used to be an exclusion, that ADHD couldn’t be diagnosed at the same time or in the same child who has an autism spectrum disorder,” says Ericka L. Wodka, Ph.D., ABPP-CN, of Kennedy Krieger Institute in the Ask the Expert webcast The Relationship between ADHD and Autism Spectrum Disorder. She explains this exclusion was because, “The vast majority of children with autism have a difficulty with attention that doesn’t necessary warrant a separate diagnosis.”

How can you best help your child if you suspect more than one condition affects him or her? Dr. Wodka suggests parents make sure their child has a thorough evaluation that considers the possibility of co-occurring conditions.

“It’s certainly possible for a child to have autism and ADHD, but these are two separate disorders,” she says. “If a child has a dual diagnosis there may be a separate understanding and treatment for the two disorders, especially when their disorders and symptoms overlap.”

A tailored approach that addresses the symptoms of both conditions and how those symptoms interact is needed, she says. ADHD and autism spectrum often have overlapping symptoms, and parents and professionals have found some treatments have been helpful for both conditions. Parents should work closely with a professional who has experience in treating both conditions at the same time.

Why You Need to Keep Good Records for ADHD