Could ADHD Increase Your Child’s Risk of Suicide? 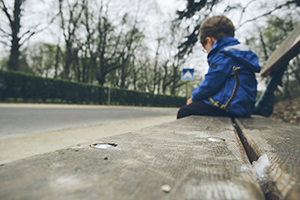 Your elementary school-aged child’s risk of death by suicide is very, very low. But a recent study indicates that children affected by ADHD may have a slightly higher risk for suicide than their peers without ADHD. Researchers are working to determine why that could be and think it may be related to impulsivity and the lack of availability of child mental health resources.

The study included information only on children who had completed suicide and did not include uncompleted suicide attempts by children who survived. It did not examine data correlations between ADHD and childhood depression and how the disorders as co-occurring conditions may have been influencing factors in the study. The study also did not break the numbers down by location within the included states.

The researchers state that impulsivity may play an important role in suicide with this population. According to lead author Arielle H. Sheftall, PhD, “Among study decedents with known mental health problems, children who died by suicide had higher rates of ADD/ADHD than early adolescent decedents, suggesting that they may have been more vulnerable as a group to respond impulsively to interpersonal challenges.” In other words, when having difficulties in their relationships or communicating with others, the children may have reacted impulsively because of their ADHD and committed suicide.

Dr. Sheftall and her colleagues are concerned that 36.8 percent of the deceased children included in the study were African American, a higher percentage of African American young people than seen among early adolescent suicide deaths, which was 11.6 percent in this study.

“We were especially interested in examining potential racial differences in precipitating circumstances given that black youth may experience disproportionate exposure to violence or traumatic stressors, both of which have been associated with suicidal behavior,” they write. “Also, research has shown that black youth are less likely to receive services for depression, suicidal ideation, and other mental health problems compared with non-black youth.”

They point out that among the children in the study, 29 percent of the children had spoken with someone else about taking their own lives.

“This finding highlights the importance of educating pediatricians, primary health care providers, families, school personnel, and peers about how to recognize and respond to the warning signs of suicide and to treat all disclosures of suicidal thoughts and behaviors seriously,” they write.

Previous studies have shown that girls diagnosed with ADHD have an increased likelihood of depression and self harm.

Could ADHD Increase Your Child’s Risk of Suicide?

Is Private School the Right Choice for Your Child?

Are You Sure It’s ADHD?