Detox diet for ADHD? Not so fast! 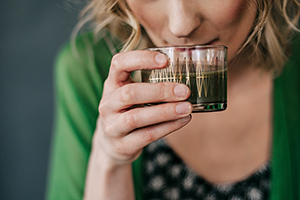 The idea of a detox diet is a very popular theme on some health-oriented websites and blogs. There are many versions of detox diets out there, with several claiming to improve health and address ADHD symptoms, along with symptoms of co-occurring conditions.

These approaches claim the body has accumulated “toxins” of various sorts—substances found in the environment, including as naturally occurring elements or human-made substances, that are harmful to the human body—that are now affecting the function of various organs, including the brain. They assert that by following a suggested diet, one can “flush” those toxins from the body and brain and improve health or decrease symptoms. Proponents for a detox diet to address ADHD often claim that “toxins”―from food additives, pesticides on fruits and vegetables, medications, or vaccines―are at the root of ADHD symptoms, and that their version of a detox diet will flush the offending substance and resolve the symptoms. But is there any scientific evidence for this?

What is a detox diet?

In medical terms, detoxifying the body is a medical intervention designed to rid the body of a harmful chemical or life-threatening levels of alcohol, certain medications, drugs or poisons the person has ingested. Such an intervention can be a medically prescribed diet or it can be part of in-patient treatment, depending on the situation the person is experiencing.

The idea of a medical detox has been borrowed or adapted by some health advocates into formulated diets that typically restrict some foods and include other foods in specific amounts on the premise that those foods will help the body eliminate the suspected toxin.

Very little legitimate research has been done on detox diets. Many are based on the notions of health advocates, some of whom are nutritionists or, in some cases, medical doctors. Many are also authors of books or websites describing their approach.

Food elimination diets are often presented as detox diets, but they are not the same. “Elimination diet” is the name given to this way of eating because it seeks to “eliminate” a specific food or substance from the person’s general diet, rather than from the body. The first elimination diet was proposed in 1926 as a treatment for allergies. These diets are recommended for certain health conditions, including allergies, celiac disease, some seizure disorders, and other health conditions aggravated by eating certain foods.

In the context of elimination diets for ADHD, the Feingold Diet is most often cited. This protocol was developed by Benjamin Feingold, MD, and introduced in the 1970s. It seeks to eliminate food additives, especially artificial coloring, flavors, preservatives and sweeteners, as well as foods containing salicylate, which can occur naturally in some foods or be added to other foods. This elimination diet has had several cycles of popularity and many advocates. However, research has not supported this approach as a treatment for ADHD.

By following a suggested diet plan designed by its author to eliminate certain foods and to include other foods or supplements, a person can prompt his body to flush “toxins” from body and brain. By flushing these toxins, symptoms related to ADHD can be reduced or ended. There are many versions, based on the differing philosophies and experiences of the authors.

There has not been much research on detox diets, and what has been done has not focused on ADHD symptoms.

Detox diets for toxin elimination and weight management: a critical review of the evidence. This is a meta-analysis, where researchers reviewed the published research to better understand the information. Researchers write, “Although the detox industry is booming, there is very little clinical evidence to support the use of these diets. A handful of clinical studies have shown that commercial detox diets enhance liver detoxification and eliminate persistent organic pollutants from the body, although these studies are hampered by flawed methodologies and small sample sizes…  To the best of our knowledge, no randomised controlled trials have been conducted to assess the effectiveness of commercial detox diets in humans.”

“Detoxes” and “Cleanses.” The National Center for Complementary and Integrated Health reviewed the available information on detox diets. Its website states, “There isn’t any convincing evidence that detox or cleansing programs actually remove toxins from your body or improve your health.”

The dubious practice of detox. The editors of Harvard Women’s Health Watch also addressed the strategies of detox protocols and found similar results. They write, “A person who goes on this diet repeatedly may run the risk of developing metabolic acidosis, a disruption of the body’s acid-base balance, which results in excessive acidity in the blood.” Drastic changes in blood acidity can have health risks, including coma.

There has been recent research focused on elimination diets and their relationship to ADHD:

Restriction and Elimination Diets in ADHD Treatment. Researchers conducted a review of published research on elimination diets for ADHD and concluded that a small number of children might benefit from an elimination diet. While they encourage researchers to take a new look at the idea of elimination diets as part of treatment for ADHD, they also did not find that it is likely to benefit the majority of people affected by ADHD.

Sensitivities to foods or artificial ingredients are similar to allergic reactions, but are not severe enough to meet the clinical definition of an allergy. Research in the United Kingdom has focused on food sensitivities and responses that could resemble ADHD symptoms. A small group of people who have a sensitivity to food additives have shown a decrease in their ability to pay attention and an increase in their activity levels when ingesting certain ingredients. In these cases, children demonstrate hyperactivity:

Food additives and hyperactive behaviour in 3-year-old and 8/9-year-old children in the community: a randomised, double-blinded, placebo-controlled trial. Children in a randomized study drank a mixture with artificial food coloring and preservatives or mixture that didn’t have artificial food coloring and preservatives. The children who drank the mixture with the food additives did display an increase in hyperactivity. It is theorized that children without ADHD could appear to have the symptoms of hyperactivity when displaying a reaction to the food additives and that children who do have ADHD could have an increase in their symptoms levels related to a sensitivity to the food additives.

The human body is remarkable in its ability to naturally detoxify itself primarily through the liver, the lymphatic system, kidneys and digestive tract. Other modes by which the body naturally eliminates toxins in small amounts are through the skin by sweating, and through respiration by breathing. Some toxins are stored in fatty tissue and are released by weight loss; these are then processed out of the body through the liver and kidneys.

A diet high in fruits and vegetables and low in added sugars can aid the body in its natural processes.

“Your body is an expert at getting rid of toxins no matter what you eat,” says Michael W. Smith, MD, chief medical director for WebMD. “Toxins don’t build up in your liver, kidneys, or any other part of your body, and you’re not going to get rid of them with the latest detox wonder.”

There doesn’t seem to be published research supporting a detox diet for ADHD. There is limited research on elimination diets that address food allergies that could aggravate existing ADHD symptoms. The human body is already adept at removing foreign substances. A healthy diet that includes fruits and vegetables that are high in fiber can help support the body’s natural ability to eliminate toxins.

“If the idea of detoxing appeals to you, you might try ‘clean’ eating that focuses on vegetables, fruits, whole grains, and lean protein—basically, whole foods without a lot of processing,” Dr. Smith says. “That’s good for you.”

A detox diet or a food elimination diet is an approach that should be discussed with your doctor or your child’s doctor before making any changes to treatment and your family meal planning.

You can find more research on this topic and other topics related to ADHD in our ADHD Research Library. Learn more about CHADD’s Levels of Evidence for ADHD Interventions.

Detox diet for ADHD? Not so fast!

You and Your Teen This Summer