Do ADHD Symptoms Affect Your Personality? 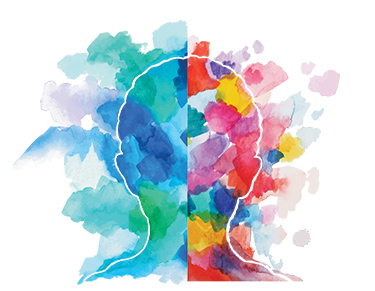 Does having ADHD influence your personality?

Researchers have started to look at the relationship between ADHD symptoms and one’s personality. Multiple studies are noting there seem to be some commonalities among personality types and specific symptoms of ADHD, but haven’t determined a direct relationship.

“The bottom line for me is you can have a whole range of personalities that have ADHD,” says Craig Surman, MD, an ADHD specialist at Harvard Medical School and a member of CHADD’s Professional Advisory Board.

A few studies have tried to find a relationship between ADHD symptoms and specific personality types. The studies were not looking at personality disorders, but rather the interplay between specific ADHD symptoms (inattention, impulsivity, hyperactivity) and personality traits (conscientiousness, agreeableness, extroversion, neuroticism, and other traits). One study concluded that “distinct temperaments were associated with inattentive versus hyperactive/impulsive symptoms” and offered “a compelling picture of personality deviations in ADHD and how they relate to symptom dimensions.”

Do specific symptoms of ADHD in general indicate specific personality types across the board? Not necessarily, but research does offer a “theoretical connection” between symptoms and personality.

Is your individual personality a fixed point?

“This idea about what is fixed in us, and how we come across in our personality, might not be so fixed,” says Dr. Surman.

Dr. Surman has heard people make very strong statements about specific ADHD symptoms and personality traits, or that there is an overarching “ADHD personality.” He points out though, these observations often miss the underlying reasons. A  person who seems to be very rigid might be using tight scheduling and routine to manage symptoms related to inattention and difficulty judging time. Someone who seems to be very organized knows that if she isn’t, possessions could get lost and deadlines go unmet because of the difficulties due to ADHD symptoms.

“People may be working hard to keep their lives together. They need to be rigid and intense about how they do things, or else it will go badly,” he says.

Difficulties with social skills and reading other people’s social queues are related to ADHD symptoms. These social missteps may be interpreted by others as indicating an aloof personality. They may be seen as someone who is not sympathetic, or someone who is bubbly and energetic and a risk-taker. For some people, the trait of being an introvert develops as a defense mechanism after having too many social failures. Dr. Surman says that when these traits are credited to personality it become easy to overlook as being ADHD symptoms.

Treatment for ADHD is a combination of behavioral and lifestyle management, medication management, and often counseling, coaching, educational support or workplace accommodations.

“People say, ‘I don’t want to be changed by treatment,’” Dr. Surman says. This is actually a misunderstanding of what ADHD treatment can do for the person, he says. By treating the symptoms of ADHD, someone’s own, unaffected personality can shine through. “You should be able to be yourself, but you will have control over how you spend your time each moment—as opposed to being at the whim of distraction and randomness.”

Do you think having ADHD has affected your personality?

Teen Support Groups: How They Can Help Your Child

Do ADHD Symptoms Affect Your Personality?

Getting the Best Accommodations for Your Child