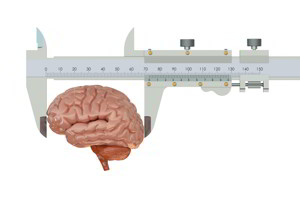 A team of researchers recently analyzed the brain scans of more than 3,200 people between the ages of 4 and 63 with and without a diagnosis of ADHD. They have identified five different regions that are smaller in the brains of children affected by ADHD versus those without the disorder.

Martine Hoogman, PhD, lead author of the study, discusses the findings from this large study with ScienceDaily.

“These differences [in brain size] are very small—in the range of a few percent, so the unprecedented size of our study was crucial to help identify these,” Dr. Hoogman says.

The findings were most notable in children, but less so in adults. However, the research supports the conclusion that ADHD is a neurobiologic disorder, Dr. Hoogman emphasizes.

"The results from our study confirm that people with ADHD have differences in their brain structure and therefore suggest that ADHD is a disorder of the brain," Dr. Hoogman says. "We hope that this will help to reduce the stigma that ADHD is ‘just a label’ for difficult children or caused by poor parenting."

Evidence supporting ADHD as a disorder of the brain is helpful, but CHADD Professional Advisory Board Co-chair Craig Surman, MD, says there is more to learn.

“We know this study is relevant to ADHD, but it’s hard to say whether it is the cart or the horse,” Dr. Surman says. “We don’t know if the structural difference is the cause or the effect.”

When it comes to ADHD, brain structure may not be as important as function. The disorder is varied in its expression and can have a range of symptoms or characteristics that change over time. The high rate of co-occurring conditions with ADHD, such as mood or behavior disorders, complicates the clinical picture even further.

ADHD is diagnosed based on behavior, and requires a consistent pattern of behavior that disrupts functioning or development in more than one setting, affecting daily life.

“We believe that we have multiple centers in the brain that work in concert for behavior and attention regulation, and some of these studies are matching up with those assumptions,” Dr. Surman says. “But we don’t know if the structural difference is the cause or the effect” of these behaviors.

Our culture tends to think that bigger is better. When you hear about someone who is brilliant, the person is often described as having a “big brain.” Given that cultural bias, you might think the study finding means that a smaller brain equals less intelligence.

Intelligence is complex and scientists do not agree on what it is. Studies do not support the link between intelligence and brain size, so bigger does not mean smarter.

The five brain regions and their functions

The brain regions identified in the study with slight size differences are the amygdala, hippocampus, caudate nucleus, putamen, and nucleus accumbens.

The amygdala is sometimes called the “reptilian brain.” Part of the limbic system, it plays a role in processing emotions. The hippocampus, also part of the limbic system, is associated with working memory but works with the amygdala in emotional situations. For many people affected by ADHD, processing and managing their emotions can be challenging. But to date, emotional symptoms have been regarded as secondary in ADHD. The findings of this study suggest that emotional symptoms may be primary to ADHD, not an outcome of other factors.

The caudate nucleus and the putamen are part of a group of structures deep in the brain that help coordinate smooth motor activity. Part of the basal ganglia, the caudate and putamen work together and act as the gateway for motor activity. Disorders of these regions can result in hyperactivity of the motor system, a common symptom of ADHD.

The nucleus accumbens is associated with the reward center, which is related to desire and satiety. For people affected by ADHD, common symptoms include a lack of motivation and impulse control. While this may be related to changes in volume of the nucleus accumbens, studies have shown a correlation between a deficit in the dopamine reward pathway which negatively impacts the nucleus accumbens. Which brings us back to the cart versus the horse conundrum!

ADHD, like brain function, is complex. The study found a slightly smaller size in these five regions of the brain in children with ADHD. There are correlations between the behavioral characteristics of these regions and common symptoms associated with ADHD. But, there is much more to discover.

“It is intriguing to me that regions of the brain I would expect to see were not found in this study,” Dr. Surman says. “The frontal parietal lobe and cerebellum are areas thought to be involved with executive functions, motor activity, and attentional and coordinating functions. I would expect to see some impact for these regions as well.”

While the study adds to our knowledge, we still have much more to discover about ADHD.

New to ADHD? Start with About ADHD for more information.

What do you think about this recent study on brain size related to ADHD?

Recently, the largest study of brain scans to date found slight differences in size between those with and those without ADHD in five regions of the brain. What does it mean if you or a loved one is affected by ADHD? Maybe not as much as you think. Keep reading for more details!