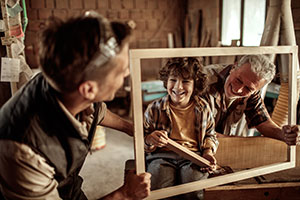 Recently released research by leading ADHD authority Russell A. Barkley, PhD, demonstrates the importance of treating ADHD to improve health and longevity. This is because, in part, ADHD is a disorder of executive function—the brain’s ability to organize, remember, and use information.

Since the late 1970s, clinical researchers who were studying ADHD asserted that the disorder likely involved a serious problem with self-regulation. Why? Because they had already begun documenting through various measures that ADHD was associated with deficits in inhibition, managing one’s attention, self-talk, rule-following, self-motivation, and eventually even self-awareness. If ADHD involved difficulties in these faculties, and these are the human mental abilities that are involved in our being able to control our own behavior, then logically ADHD ought to be a disorder of self-regulation.

Research has continued to affirm the involvement of deficits in these and other mental abilities that are essential for our effective self-regulation. ADHD is actually SRDD (self-regulation deficit disorder). While the official name for the disorder will not be changed anytime soon in the official manual that grants names to mental disorders (Diagnostic and Statistical Manual for Mental Disorders, 5th Edition, or DSM-5), it is still important that people understand this connection between ADHD and self-regulation deficits.

Continue reading ADHD and Executive Functioning by Dr. Barkley in Attention magazine for more on how improving executive function skills can help to improve your self-regulation and help you to achieve your goals in life.

Join the discussion: What are some ways you strengthen your executive functioning ability, such as using calendars, routines, and reminders?