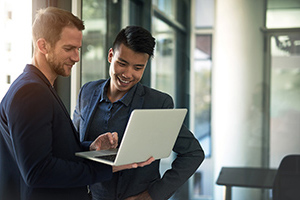 U.S. News and World Reports recently profiled Daniel Arrigg Koh, the chief of staff for the city of Boston, under Mayor Martin J. Walsh. Mr. Koh has an ADHD diagnosis. This, he says, has been an asset to him.

“I view ADHD as an advantage,” Mr. Koh tells U.S. News and World Reports in the article Good Habits of Successful People With ADHD. “I often have many balls in the air and am multitasking. ADHD forces you in general to be stricter with life habits. You have no choice but to discipline yourself and become more productive as a result.”

Creating good habits when coping with the symptoms of ADHD is the key to success for Mr. Koh. Those habits that have worked for him include:

Although building habits and routines is not always easy, keep in mind that the occasional slip up doesn’t mean failure.

People are more successful at creating and sustaining habits when they are the ones who identify the new habits they want to incorporate in their lives, rather than trying to do what someone else thinks they should be doing. Researchers recommended selecting the new habit and taking the steps to add it to your daily life as a starting point, rather than trying to delete an unwanted habit or behavior.

“Aim for small and manageable behavior changes,” write Benjamin Gardner, DPhil, and colleagues in Making health habitual: the psychology of ‘habit-formation’ and general practice.  And don’t get discouraged as you stumble at the beginning; it can take up to 10 weeks for a new habit to finally settle in, they write.

“Behavior change achievements, however small, can increase self-efficacy, which can in turn stimulate pursuit of further changes,” Dr. Gardner writes. “Forming one ‘small’ healthy habit may thereby increase self-confidence for working towards other health-promoting habits.”

Some people find it helpful to keep a record while they are forming a new habit. This daily tick-sheet can be used until your new habit becomes automatic. You can rate how automatic it feels at the end of each week, to watch it getting easier.

By using the steps in the toolbox, a person can identify and plan how to achieve a new habit, Dr. Gardner says.

“Learning new habits is hard for anyone, let alone people with ADHD,” Edward Hallowell, MD, says during the Distraction podcast, Tips to Adopt Healthy Habits and Create Positive Distractions. “It can seem like you’re sabotaging yourself, but you’re really not, you’re just reverting to the old habit.”

Dr. Hallowell also suggests working with a coach to help you identify and create new habits. (You can learn more at Coaching.)

Dr. Hallowell offers suggestions to help you achieve your goals and be successful in areas of life that are important to you:

Resources to help build habits for your success:

One of the keys to success with ADHD is creating and keeping good habits that support your goals in life. The chief of staff for the mayor of Boston has ADHD and has figured out how to create habits that keep his office on track. Keeping reading for the secret to his success and ways that you can create new habits.

The Essential Role of Teachers in Managing ADHD