Gambling and ADHD: What to Watch for When Rolling the Dice 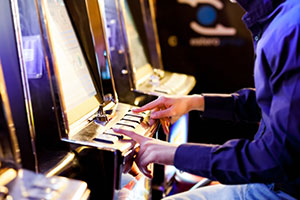 Placing a bet or a friendly wager can be a fun game between friends. Casinos and bingo halls are alluring places for an evening’s entertainment. Most of us know someone who spends too much playing the state lottery in hopes of finally getting the winning numbers.
“The vast majority of people who gamble are able to do so without any long-lasting problems or harm,” says Timothy Fong, MD, an associate clinical professor of psychiatry and the co-director of the UCLA Gambling Studies Program. “But, like alcohol, tobacco, or drugs of abuse, gambling can become an addiction, and recent research has shown that up to 1 percent of the population is currently suffering from a gambling disorder.”
For some people, though, gambling of any sort—whether on horses, on a baseball game, at a blackjack table, or on an online slot machine—runs the risk of becoming addictive. For adults with ADHD, gambling is a disturbingly common behavior. The rush of winning triggers neurochemicals that can momentarily help them to feel more focused and the brain just wants more. It can become difficult to stop and walk away from the table.
The Diagnostic and Statistical Manual of Mental Disorders, Fifth Edition, published by the American Psychiatric Association, refers to gambling is an addictive disorder. In fact, DSM-5 includes a brand-new category, “behavioral addictions,” and gambling is the only entry in that category.
Gambling and ADHD
Adults with ADHD who gamble frequently run the risk of developing a severe problem. Some studies show as many as 10 to 20 percent of people diagnosed with ADHD are also “problem gamblers,” meaning they keep gambling even after it is having a negative effect on their life and relationships.
What is the connection between gambling and ADHD? It’s likely due to the same reasons that many people with ADHD have co-occurring substance abuse issues. Those may be caused by impulsivity associated with ADHD, or they may come about because people use substances as a way to cope with their ADHD symptoms, including social difficulties, feelings of underachievement, and difficulty completing tasks. The same is true of gambling—especially, as several research studies (Gambling and Attention Deficit Hyperactivity Disorders (ADHD) in a Population of French Students, Clinical, Psychopathological, and Personality Characteristics Associated with ADHD among Individuals Seeking Treatment for Gambling Disorder, Gambling behaviors and psychopathology related to Attention-Deficit/Hyperactivity Disorder (ADHD) in problem and non-problem adult gamblers) have found that impulsivity leads people to gamble. Impulsivity—specifically, poor decision-making—plays a bigger role in ADHD and gambling than other symptoms, including hyperactivity and difficulty focusing. Boredom and a need for stimulation may also be involved when someone who has been diagnosed with ADHD falls into gambling.
“ADHD symptoms mediate the relationship between novelty seeking and severity of gambling behavior,” stated researchers in the second study. “These results support the findings of previous studies showing a direct relationship between ADHD and excitement-seeking. The connection between gambling disorder and impulsiveness could also be mediated [caused] by ADHD symptoms. In turn, this biological and moderately inherited temperament trait, namely novelty seeking, and younger age are associated with both ADHD symptoms.”
It’s also been found that people with ADHD symptoms often start gambling at an earlier age than their peers. That can be problematic because people who start gambling at an earlier age tend to develop more serious long-term gambling problems that disrupt other aspects of their lives. At least one study found that men are more likely to have a longer-lasting gambling problem, but women who start gambling regularly are quicker to develop a problem.
Gambling behaviors to watch for
“To prevent the development of a gambling disorder,” says Dr. Fong, “families are encouraged to have a conversation discussing the purpose of gambling, reasonable amounts of time and money to be spent, and the goals of the gambling.” “Families are also encouraged to discuss the warning signs of addiction and to educate all family members about what to do if signs of gambling problems emerge.”
If you, your teen, or someone else you know gambles frequently, there are behaviors you should watch for that could indicate a growing problem. According to the DSM-5, someone could have a gambling disorder if at least four of the following have been true for that person within the past year:
“A person can still have a gambling disorder, even if they have plenty of money left in their bank accounts,” Dr. Fong points out. “The core of gambling disorder is about harmful consequences caused by ongoing gambling. The total amount of money lost is not nearly as important to understand as the total impact of gambling on a person’s lifestyle and environment.”
Professional help is needed to cope with a gambling disorder. It’s important that the ADHD diagnosis be disclosed as well.
Looking for more?

When Stimulants and Opioid Medications Are Prescribed Together

Gambling and ADHD: What to Watch for When Rolling the Dice

Older Adults Have ADHD, Too