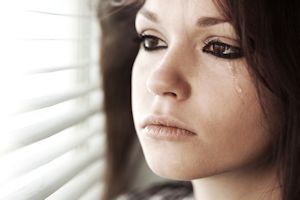 When a girl has ADHD, she has a very good chance of “falling through the cracks.” That’s because the symptoms of ADHD in girls not only tend toward the predominately inattentive presentation, but girls are more likely to internalize their struggles rather than act out because of them.

Early ADHD research focused on boys and how boys displayed ADHD symptoms, writes Ellen Littman, PhD, a licensed clinical psychologist who focuses on girls and young women in her practice. When girls with ADHD don’t behave the same as boys or have a different ADHD experience, they can get missed by parents, doctors, and educators. Girls with the combined presentation of ADHD, she says, are more likely than their peers to practice self-harming, such as cutting themselves, to relieve emotional pain.

“We are only beginning to appreciate the far more crucial factor—that the impact of ADHD differs significantly by gender,” Dr. Littman says in The Secret Lives of Girls with ADHD in Attention magazine. “In fact, much about the lives of girls with ADHD is secret in that their inner world has been virtually unknown to us.”

This secret inner world has left many girls and women feeling lonely and with low self-esteem, she writes. Girls with ADHD struggle to conform to expectations, even while they miss important social cues, appear oblivious to other people’s feelings, and are thought by their peers to behave selfishly.

“While most girls with ADHD appear to internalize aspects of their suffering, it may be that inattentive girls resort to this coping skill the most,” Dr. Littman says. “Introverted and easily overwhelmed, they tend to feel unfairly criticized and alienated from peers. Demoralized by underachievement, these passive daydreamers are reluctant to participate in class and surrender quickly when frustrated. Easily irritated, they cope with their hypersensitivities through avoidance.”

Dr. Littman writes, “Most troubling [as seen in research on girls diagnosed with ADHD] was the fact that the girls with combined-type ADHD were significantly more likely to manifest self-injurious behaviors and suicide attempts than the inattentive or control group subjects. Half of the combined-type subgroup had engaged in self-injurious behaviors, and almost a fifth had attempted suicide.”

Read The Secret Lives of Girls with ADHD to learn more.

Learn more about ADHD in women and girls.