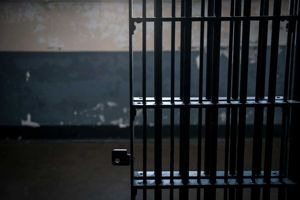 If left untreated, the symptoms of ADHD can lead individuals into trouble with the law. In adults, untreated ADHD can increase the risk for substance abuse, including illegal drugs, as they attempt to self-medicate their symptoms.

ADHD symptoms and the law

Impulsivity can lead to poor decision making, and inattention can cause a person to commit minor violations of the law due to oversight. Oppositional Defiant Disorder (ODD) frequently co-occurs with ADHD and, in adults, can lead to conflicts with other adults and failing to obey law enforcement officers. Poor driving practices pose frequent problems for adults affected by ADHD and can lead to traffic violations and crashes.

These same symptoms can present additional difficulties for adults under arrest, as they need to navigate a complex system between the initial arrest and court proceedings. For those convicted of a crime, the limited availability of mental health care and proper treatment makes dealing with ADHD even more difficult. For those working toward rehabilitation, the same symptoms can interfere in classroom and workplace situations while in prison.

“Symptoms of ADHD, specifically reward deficiency, behavioral inhibition, and attention deficits, may affect whether individuals will be successful in their experiences in court, with probation, and during incarceration,” writes Colleen M. Berryessa in Attention, reward, and inhibition: symptomatic features of ADHD and issues for offenders in the criminal justice system. “Recognizing that at least some of an offender’s behavior may be related to symptoms of ADHD will help the criminal justice system better provide recommendations regarding sentencing, probation, and treatment provisions, as well as better ensure that offenders with ADHD have a more successful and just experience in their interactions with the criminal justice system.”

ADHD in the prison population

Researchers are concerned to find up to half the adult prison population is affected by ADHD, much greater than the 4.4 percent found in the general adult population. In most cases, these prisoners have never been diagnosed and treated for ADHD.

"We know that conditions like attention deficit hyperactivity disorder can contribute to people turning to crime," said Phil Hope, the health minister of the United Kingdom in 2009, speaking to The Guardian. "We are concerned that ADHD is not understood well enough in the criminal justice system so cases go unnoticed. In addition, when prisoners are released, they might be helped to find housing and employment, but if a health issue is not recognized, it can leave that person vulnerable to falling back into crime."

Many recently released adults affected by ADHD find a dual challenge in managing the disorder, which may include difficulties maintaining medication management, and re-establishing a place in society. These challenges contribute to offenders returning to prison after committing additional crimes.

The costs of incarceration are well documented, with a recent estimate of $80 billion in the United States, according to CBS News. Reducing the number of people who commit new crimes after release is an important way of addressing both the financial burden to society and the human toll incarceration takes.

Proper treatment is considered one of the most cost-effective methods of reducing the risks of committing a new crime after release for individuals with ADHD. For many adults, this includes medication management. Unfortunately, because many former offenders either committed crimes related to drugs or are recovering from substance abuse, their opportunities to be prescribed a medication for ADHD can be limited.

“If their chances of recidivism can be reduced by 30 percent, it would clearly affect total crime numbers in many societies,” researcher Paul Lichtenstein, a professor at Karolinska Institute in Sweden, tells the Daily Mail. His study, published in the New England Journal of Medicine, shows a reduction in recidivism when offenders receive medication as part of ADHD treatment.

Not every person is able to include medication as part of treatment. In these situations, a treatment plan that addresses co-occurring conditions along with cognitive behavior therapy and other forms of therapy can be effective in supporting the person while he is coping with ADHD symptoms.

Prevention as the best approach: What you can do

How can you help your teen or young adult stay out of trouble? Prevention is the best approach when it comes to avoiding trouble with the law.

Diagnosis: Does your teen or young adult have a diagnosis of ADHD? Are there any co-occurring conditions that also need to be addressed? Obtaining a diagnosis can lead to proper treatment.

Treatment: ADHD is generally treated by a combination of behavioral management, medication management, and lifestyle approaches for adults. Research has repeatedly shown that effective treatment can reduce a teen’s or an adult’s likelihood of getting in trouble by controlling symptoms that can lead one to make poor choices.

Social skills: Many teens and young adults affected by ADHD are coping with a maturity delay related to the disorder which can affect their social skills. Some co-occurring conditions, including ODD, can also affect social skills. Unfortunately, these social skills deficits can affect how they respond to others and react when dealing with law enforcement officers. This can cause a situation to escalate to the point of an arrest being made.

Preparing your teen or young adult to work with others in tense social situations can help prevent an escalation of events. Teaching the following skills can help a young adult to defuse a tense situation before it can escalate to a point where law enforcement officers are needed:

Learn more about treating ADHD in Teens and Young Adults.

Share your thoughts with us on ADHD and the justice system.

This article appeared in ADHD Weekly on March 9, 2017.

Everyone has a better life than I do