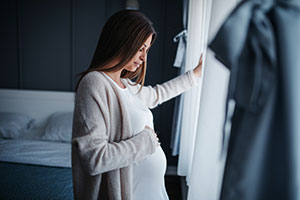 When you find out you’re pregnant—particularly if it’s unexpected—the next few months are filled with questions. You’ll be on the receiving end of many suggestions about how best to take care of yourself and your developing baby.

For expectant mothers like Alicia Dils, who has ADHD, those questions and suggestions include treatment options. Most women will need to discontinue their medication, which is recommended. Some will discuss with their doctors the possibility of continuing their medication. Fortunately for Ms. Dils and women with similar health concerns, doctors and researchers are more aware of the challenges pregnancy and ADHD entail than they have been before. In response, they’ve been taking a look at how best to treat ADHD during this time in a woman’s life.

Research on ADHD treatment during pregnancy

Researchers are just beginning to explore whether it’s safe for the developing baby if women stay on ADHD medications when they’re expecting. Part of the lack of prior research is due to ethical concerns about including pregnant and breastfeeding women in clinical trials. Instead, researchers have relied on animal studies, reviews, and observational data—reports from women and their doctors.

“Some studies have found a very small increased risk for miscarriage, preeclampsia, and preterm birth,” explains Beth Kiernan, MPH, a teratogen information specialist. She discusses the risks of birth defects and the safety of medications with callers at MotherToBaby, a service provided by the Organization of Teratology Information Specialists.

Experts emphasize that a woman should always speak with her own doctor and weigh the benefits of staying on or stopping medication. Researchers have observed, however, that there doesn’t appear to be a substantial risk of birth defects or miscarriage for women who are prescribed amphetamine-based medications. For women prescribed methylphenidate-based medications, the research findings are a little less clear.

Every pregnancy is a personal experience, however, and a woman should work with her doctor when making treatment decisions.

One woman’s experience of pregnancy and medication

Alicia Dils is a registered nurse in a fertility clinic who was diagnosed with ADHD about three years ago. She was originally treated for what her doctors thought was treatment-resistant anxiety and depression. But it was when she considered weight-loss surgery that her primary care physician instead suggested phentermine, an amphetamine-like medication that is an appetite suppressant. Shocked at how much better she felt, Ms. Dils looked into why. An ADHD evaluation showed she had the inattentive presentation. She began medication as part of her treatment plan.

When Ms. Dils learned she was pregnant following a series of miscarriages, she visited her perinatologist and asked which medications to stop taking. He surprised her by telling her to stay on everything—the medication she was taking for depression, as well as her stimulant medication.

“He said, ‘Sometimes if [a woman has] just had some situational depression and she got on an antidepressant, I’ll recommend that she try to wean off. But in your case, I’m more worried about what it’s going do to your pregnancy for you to not be well mentally,’” Ms. Dils remembers. “’It’s more risky for you to be off your medications—including the stimulant—than it is for you to remain on them for your baby.’”

Leaving depression, anxiety, or ADHD untreated for nine months or longer can also have long-lasting effects for mother and child, says Ms. Kiernan, who discusses these risks with expectant parents. She encourages women to discuss symptoms of ADHD and any other conditions they have with their doctors.

“For some women, a really compelling reason to continue taking their medication is to keep them stable, especially as they transition to being mothers,” says Ms. Kiernan. “A lot of women might not be able to hold onto a job, and then won’t have a stable place to live or maintain relationships. If you’re really impaired from untreated ADHD, it may be best to stay on the medication, when you weigh the risks versus the benefits.”

Ms. Kiernan notes that the general recommendation is always that you take the lowest effective dose—whether it’s a pain reliever or a medication for ADHD—and only stay on it as long as you need to.

For Ms. Dils, her perinatologist recommended more frequent growth ultrasounds during her pregnancy, one every three or so weeks, to evaluate the decision to continue treatment. At about 24 weeks, she also had a fetal echocardiogram to check on the baby’s heart structure in detail. After her son Asher was born, but before he went home, he had a second echocardiogram and everything was perfect. She also chose to breastfeed him, and Asher has maintained a steady position at the 55th percentile on the infant growth charts ever since. Now pregnant again, Ms. Dils is following the same schedule of ultrasounds and ECGs.

What to do when considering pregnancy

Do you hope to become pregnant or have you recently learned you’re expecting? This is the time to discuss treatment options with your doctors. While Ms. Dils continued taking medication, most doctors will recommend moving to behavioral management only. Women with similar health concerns need to work closely with their doctors if they do continue medication.

“This is an issue that any woman who is planning to get pregnant needs to talk about with the obstetrician,” says L. Eugene Arnold, MD, MEd, the resident expert for CHADD’s National Resource Center on ADHD. “Every woman wants a healthy baby and she needs information on what might affect that. There are other medications that could be used or they could wait it out for 10 months, or until the baby is weaned,” he says. “The conservative approach is if a woman can get by without medicine during pregnancy, it would be best.”

Ms. Dils had been prepared to discontinue her medication when she met with her doctor. She worked closely with specialists throughout her pregnancy.

“I would definitely encourage women who are considering staying on their meds to not only seek the advice of their obstetrician, who is knowledgeable, but also a perinatologist or a maternal fetal medicine specialist,” she says.

Ms. Kiernan says the US Food and Drug Administration is moving away from the old categories that were assigned to medications during pregnancy. It will be rolling out new guidance that will help women have a better understanding of the use of a specific medication during pregnancy or while breastfeeding.

Join the discussion: If you’ve been pregnant and have ADHD, how did you decide whether to continue treatments?

Webinar: Looking For A Summer Camp? Here’s What To Know