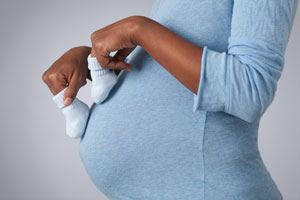 Women taking medication to treat ADHD symptoms need to have one more conversation with their doctors: What about the possibility of pregnancy?

While it has long been suspected that certain medications have the possibility of affecting fetal development, research has been limited when it came to use of medication for ADHD during pregnancy. Doctors and ADHD professionals recommend that a woman who is considering becoming pregnant or recently learns she is pregnant discuss discontinuing her medication with her doctor as soon as possible .

Researchers are noticing that more women are employing medication as part of treatment for ADHD than ever before, says lead researcher Kayla N. Anderson, PhD, of the Birth Defects Branch at the National Center on Birth Defects and Developmental Disabilities.

“As we talk more about the increase in medication use by women, hopefully that will drive more research on medication and pregnancy,” Dr. Anderson says.

Medication can decrease symptoms, but does it increase birth defect risks?

Dr. Anderson points to a limited amount of published information on the possible effects ADHD medications can have on a developing baby. The recently released study, ADHD Medication Use During Pregnancy and Risk for Selected Birth Defects: National Birth Defects Prevention Study, 1998-2011 is part an effort to contribute to the available information. The study used information from the National Birth Defects Prevention Study to assess the possible link between the use of medication by expecting mothers and birth defects among their children. The researchers noted:

“These findings are part of a very small body of literature that really needs replication and confirmation,” Dr. Anderson says. “Our major take-away is more research is needed, because there is little information available at this time.”

Dr. Anderson says the study was unable to determine if specific medications had a relationship to specific birth defects, or to what extent there could be an association. She stated this was preliminary research that could contribute to the body of information regarding medication and pregnancy.

“This is really the first study that looks at medications and the risks for individual birth defects,” she says. “We would like women to really think through with their physicians, given what we know about the safety of the medications during pregnancy, what their treatment options are.”

Pregnancy and medication for ADHD

“This is an issue that any woman who is planning to get pregnant needs to talk about with the obstetrician,” says L. Eugene Arnold, MD, MEd, the resident science expert for CHADD’s National Resource Center on ADHD. “Every woman wants a healthy baby and she needs information on what might affect that. This suggests that (medication and the risk of specific birth defects) might go together, but it doesn’t necessarily happen that way.”

Dr. Arnold notes there has been an increase in ADHD diagnosis and medication management for adults in the past 20 years. Many women are being evaluated for the first time; they were often the girls who were “missed” because they displayed the less disruptive inattentive symptoms. For many other men and women, they were diagnosed as children and continue to find medication to be a helpful part of their treatment plans as adults. Dr. Anderson adds that the use of medication is increasing not just for young women, but also for older women still in their reproductive years.

More adults are including medication in their treatment plans for ADHD now than have in previous years, Dr. Arnold says. “And, by and large, if you’re not having a baby, it’s not a problem. The biggest thing is (this study) shows the need for further study. I don’t think there’s been a whole lot of attention paid to the issue of pregnancy with ADHD medicine.”

Dr. Arnold says that a woman should discuss with her doctor ceasing her medication or otherwise changing her treatment plan before and during pregnancy. He says the greatest risk to the developing baby from medication use is usually during the first trimester.

“There are other medications that could be used or they could wait it out for 10 months, or until the baby is weaned,” he says. “The conservative approach is if a woman can get by without medicine during pregnancy, it would be best.”

In addition to using medications during pregnancy, Dr. Arnold says other known risk factors for birth defects include the mother’s age and alcohol use, both of which the study mentions. The alcohol risk is well-established and more prevalent than ADHD medication.

What you can do

“Hopefully by talking more about these issues…that will drive interest in the scientific community to gain more information,” Dr. Anderson says, “so we can provide more information to women and their healthcare providers, so they can make decisions about the risks and benefits of medication.”

Women who employ medication as part of their ADHD treatment plan should talk with their prescriber and their gynecologist about the possibility of pregnancy and their family planning choices.

“There is an opportunity for women and their health care providers to talk about this information,” Dr. Anderson says. “It’s an opportunity for her to really think through with her physician, given what we know about the safety of the medications during pregnancy, what her options are. That’s a helpful place to start.”

Have you discussed treatment options when considering pregnancy? What would you suggest to other families?