Men’s health, while of vital importance to individual men and their families, often seems overlooked in public health discussions. The annual observance of Men’s Health Month in June brings men’s healthcare and well-being to the forefront of those discussions.

Men’s Health Month encourages men to take responsibility for their health and for families to teach boys the role of self-advocacy to their well-being. This year, the Men’s Health Network, which sponsors the awareness month, has focused its theme on awareness, prevention, education, and family.

“It really is amazing to think that the issue of the overall health of boys and men is so neglected and so poorly understood by the general public, including by boys and men themselves,” says Salvatore Giorgianni, PharmD, senior science advisor for the Men’s Health Network. “Taking care of yourself and being healthy is an important part of being masculine.” 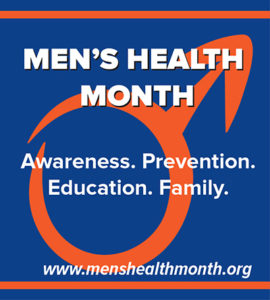 Early research on ADHD assumed boys with ADHD would outgrow the disorder in adulthood. Today we know ADHD is a lifespan disorder, one that affects men’s lives at work, in relationships, friends, and their families. Untreated or poorly managed ADHD disrupts men’s relationships and can have a negative impact on their physical health. ADHD symptoms can interfere with their ability to lead healthy lives, make regular medical appointments, and manage chronic health conditions.

ADHD is usually identified in elementary school for most boys, particularly those who display the predominately hyperactive presentation. Often boys who are struggling with the inattentive presentation don’t come to their parents’ or educators’ attention until they are in middle school or during their teens. The majority of boys with ADHD will still meet the clinical criteria for ADHD well into their twenties and older. For the small number who would not be clinically diagnosed, ADHD symptoms often remain but are either very mild or no longer considered to interfere with life activities.

“Men with ADHD may not recognize that they have symptoms and impairments. If they do, then they try to work hard to compensate for them,” says David Goodman, MD, director of the Adult Attention Deficit Disorder Center of Maryland.

“ADHD is more than just not paying attention,” says Dr. Goodman. “The symptoms of ADHD lead to ‘consistent inconsistency,’ and that’s in broad areas of your life—specifically in the area of medical care. If you can’t remember, you can’t follow through, you can’t show up on time. Then things aren’t going to get done, and that includes areas of health and medical care. People who are on medication and in treatment for ADHD are much more likely to set up organizational techniques to ensure they’re taking their medicine on a more consistent basis.”

Dr. Goodman says it’s fairly common among men to believe that if they aren’t taking medicine, they must not be sick. He gives the example of the man whose blood pressure is high. He doesn’t “feel” the high blood pressure and doesn’t take medicine for it, so he concludes that it must not be a problem.

Get in charge of your health

Physical health often begins with behavioral and mental health, says Dr. Giorgianni. ADHD is sometimes considered to be a behavioral health condition, in addition to its being a brain-based health condition. Lifestyle and behavioral management techniques are often part of a comprehensive treatment plan. Men’s Health Month is one opportunity to help men talk about the challenges they face, whether they arise from ADHD symptoms or co-occurring conditions, such as depression, anger, anxiety, or disappointment in life.

“We’ve done some very in-depth project analyses on behavioral health and the things that drive emotional unwellness in boys and men,” Dr. Giorgianni says. “A lot of it goes back to societal expectations of men and stoicism. Men, generally speaking, do not grow up with a lexicon that allows or encourages them to talk about emotional wellness.”

Connecting with a healthcare provider, who can assess a man for ADHD and possible co-occurring conditions and work with him to manage his health, is one of the goals for the annual awareness month.

Join the discussion: What types of support do men need to be healthy?

Smoothing the Transition into Summer