Oops! That Was Impulsive 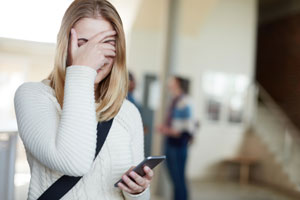 We have all had the moment of wishing we could pull back the words or hoping to melt through the floor when we have said or done the wrong thing on impulse. But when you also have ADHD, it can seem like those moments come far too often.

ADHD is characterized by impulsivity, often related to the symptom of hyperactivity. Regardless of presentation, impulsivity is present for most people throughout the day, either as an effect of being distracted, hyperactivity, poor emotional regulation or as the trait of “doing it now and then thinking about it later.”

“Impulsivity is a characteristic of human behavior that can be both beneficial and detrimental to our everyday lives,” according to researcher Catharine A. Winstanley, PhD, and her colleagues. “For example, the ability to act on impulse may allow us to seize a valuable opportunity, or to make a disastrous decision that we then live to regret.”

Sometimes, those impulsive decisions can work out well for us – and sometimes, we’re hoping that it will at least be a humorous story later.

We asked members of the Health Unlocked Community Adult ADHD Support for their experiences with impulse control. Most said they had the experience of blurting out the wrong thing at the wrong time. A few mentioned that the urge to check social media for new updates had them frequently pulling out their devices, even during conversations with others.

“I’ve been a victim of my own impulsiveness and what a disaster I’ve created,” Stephen shares, summing up the thoughts of several people.

“I was that kid in grade school with a creative inattentive mind but impulsive as heck,” CJ says. He struggled with impulsive ideas that would draw attention to himself in class (“I wonder would happen if I say or do this?”) and he struggled with staying on task with the other students. In the end, he says, he received a reputation as being the class clown. “It was definitely not uncommon for my teachers to get to the point with me where they would only need to point their fingers towards the door and I would know that they meant to go straight to the principal’s office.”

Ella says her impulsiveness leaves her talking to herself as ideas and thoughts start coming so quickly to her—a common experience when one has ADHD—that she just needs to get the words out loud.

“I just impulsively talk to the air even if there is no one to listen,” she says. “It’s like my mouth turns into a faucet for my thoughts. It’s probably funny, except there is no one here to laugh at it.”

The science of impulsivity and ADHD

Researchers listen to experiences like those above and nod in agreement. Impulsivity seems to be seated in the same section of the brain as executive function, which is affected by ADHD. Challenges to executive function may be part of the problem when it comes to impulsivity.

“Decision making is part of the prefrontal cortex, which is the thinking part of the brain behind your forehead,” says psychiatrist Tim Bilkey, MD, for Psychology Today. “People with ADHD have an even greater delay in the maturity of this part of the brain, which may explain some of the impulsive traits that they have.”

Researchers even see that there are differences in the level of impulsivity, depending on a person’s presentation, such as predominately hyperactivity, predominately inattentive, and combined presentation, and if they also have a co-occurring condition.

“Although there is consensus that impulsivity is central to ADHD, the extent to which it plays a role across subtypes remains unclear,” Drew J. Miller, PhD, and colleagues write in Impulsivity and Attention Deficit-Hyperactivity Disorder: Subtype Classification Using the UPPS Impulsive Behavior Scale. “As the number of ADHD symptoms and comorbid disorders increased, so too did the number of symptoms related to impulsivity. Because impulsivity is the trait most common to ADHD and conduct disorder it is not surprising that specific impulsivity traits played a significant role in explaining differences between ADHD/C [combined presentation] and ADHD/ODD subtypes.”

Researchers also see that when stimulant medication is included in a person’s treatment plan, the tendency towards impulsivity decreases.

For most adults affected by ADHD, some impulsivity will always be part of their lives. However, they can learn to manage impulsivity or plan for the times when they are likely to act impulsively.

“My behavior changed drastically on college when I was able to study what I loved,” CJ says. “I am still known by friends as the guy who says off the wall stuff sometimes. I often still don’t have enough of a filter. But I’ve been getting better at this with age.”

How can you head off some impulsive actions?

What would you suggest to help someone become less impulsive?

Oops! That Was Impulsive