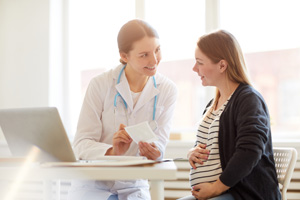 Could taking a common pain reliever during pregnancy increase the possibility of having a child with ADHD? More research is coming forward indicating that it could play a role for some children.

Acetaminophen, sold under several brand and store names and often included in other pain and fever-reducing medications, is in most families’ medicine cabinets. The medication is often recommended, especially for children and teens, for fevers, headaches, and minor aches and pains. It is considered a safe over-the-counter medication when taken as directed but can cause some health problems when abused.

As a medication that has been on the market for many years, many women and healthcare providers have not been concerned about acetaminophen use in pregnancy. Unfortunately, mounting evidence suggests that its use be avoided or limited due to a possible increase in ADHD risk.

Research published in the Journal of the American Medical Association is the latest information indicating a possible connection between ADHD and autism spectrum disorders and the use of acetaminophen during pregnancy. Researchers followed 996 mother-child pairs in which the child’s cord-blood at delivery contained biomarkers of in utero acetaminophen exposure. Of the 996 children, 257 had a diagnosis of ADHD (25.8 percent) and 304 had a dual diagnosis of ADHD and ASD (30.5 percent).

Generally, the childhood prevalence rate of ADHD is 10.2 percent or about 10-11 children out of a group of 100.

A previous study in Israel indicated a 30 percent increase in the relative risk for a child having an ADHD diagnosis compared to the children of mothers who did not take acetaminophen during pregnancy. An earlier British study, published in JAMA Pediatrics found an increased likelihood of hyperactivity symptoms among 7-year-olds whose mothers took acetaminophen during the middle of their pregnancies.

“For a long time, acetaminophen [was] considered [one of] the few safe pain and fever relief medications during pregnancy,” says study member Xiaobin Wang, MD, MPH. Dr. Wang, MD, MPH, is a member of the Johns Hopkins University Bloomberg School of Public Health in Baltimore, Maryland. “However, previous studies based on maternal self-report and our study based on acetaminophen metabolite biomarkers showed consistent findings between prenatal acetaminophen exposure and increased risk of ADHD risk, and possibly, ASD as well.”

If you’re expecting a child, should you take acetaminophen or other pain relievers? This is a question to discuss with your doctor, who can best guide you regarding your health and your baby’s development. There are still unanswered questions about the amount of medication taken and the stage of pregnancy when it was taken related to the results of the above studies.

The brain of a developing baby has certain points of greater and lesser vulnerability and can be affected in different ways throughout the stages of pregnancy. Your doctor can offer the best advice for you, based on your health needs.

Join the discussion: What additional research on pain management and pregnancy would you like to see done?

Planning to Get Organized? Get Tips That Can Help

Podcast: A New Tool for Evaluation and Treatment?