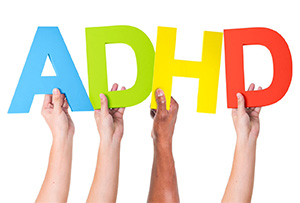 Question: I was diagnosed with ADD, and I’m having trouble finding information on it. There’s plenty on ADHD, which I don’t have, because I am not hyperactive.

Question: The doctor says my son has ADHD, but I don’t think that’s right. He doesn’t get in trouble at school. Is he misdiagnosed? Could he have ADD instead?

Answer: We’re sharing these questions together because they represent some of the confusion surrounding the terms “ADD” and “ADHD.” The first is an abbreviation for “attention deficit disorder” and the second for “attention deficit/hyperactivity disorder.” The fact is these two terms are medically the same disorder, not two separate conditions.

The modern history of ADHD begins after the Flu Pandemic of 1918. Some children experienced fevers due to the flu so high that they developed brain damage that affected their executive function. Doctors and researches then began to recognize a group of children who had never had the high fevers but still displayed executive function difficulties―the symptoms that we now associate with ADHD.

Fast forward to the 1960s, and doctors and researchers begin to separate children and young people into groups of those who displayed hyperactivity and those who did not, thinking these were related but still separate conditions―ADD and ADHD.

By the 1980s, our medical understanding of ADHD and how it affects the brain had greatly improved. The symptom of hyperactivity was seen as one of several symptoms of ADHD, not a defining symptom. The larger concerns remained what we today refer to as executive function deficits―functions that activate, organize, integrate, and manage other functions. We realized that ADD and ADHD had always been the same condition. In 1987, the Diagnostic and Statistical Manual of Mental Disorders, which is the reference book for mental health and brain-based conditions, dropped ADD as a separate diagnosis.

There are three presentations of ADHD:

Many professionals, authors, and others continue to use the older term of “ADD” when referring to the predominately inattention presentation. Some people feel a stigma to the idea of “ADHD” referring to a troublemaker and want to avoid that association. Other well-meaning individuals are either uninformed or learned about ADHD under the older headings and continue to say “ADD” out of habit.

For both our reader in Nevada and the mom in Illinois, information related to ADHD does apply to an individual who identifies as having ADD, and the inattentive child diagnosed with ADHD is coping with the same executive functions difficulties as a child who also displays hyperactivity.

CHADD Young Scientists: Where Are They Now? Part Two