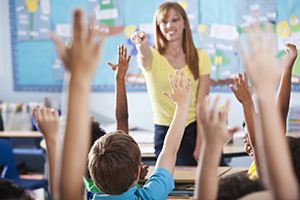 Question: I just read the Department of Education’s Office of Civil Rights (OCR) has just told schools they need to follow the 504 Plan rules better for students with ADHD. How does this help my child? Does the school have to follow this guidance, or is it just a suggestion? And will it help me when I work with the school to have a 504 Plan created for my child?

Answer: We brought your questions to two members of CHADD’s Public Policy Committee and asked them how this guidance was going to help parents and students affected by ADHD. We also talked about CHADD’s role in working with the Office of Civil Rights while it was preparing the guidance.

CHADD members have for a long time noted that some schools and administrators seemed to have difficulty following Section 504 of the Rehabilitation Act of 1973. The law provides directives for the education of children with a disability and has been expanded to include children affected by ADHD. The CHADD Public Policy Committee commissioned a survey of CHADD members in 2014 asking for their experiences with 504 Plans for their children.

During CHADD’s Annual International Conference on ADHD, which took place near Washington, D.C., members of the Public Police Committee invited the OCR to present during the conference. Although, the OCR declined, CHADD and OCR representatives met to discuss their concerns for students affected by ADHD.

“It really grabbed them to see the information we gathered—to see the issues coming up around Section 504,” says committee co-chair Jeffrey Katz, PhD. “It started a conversation.”

The committee shared the results of the survey and the experiences of CHADD members, including those on the public policy committee with OCR. The OCR was very interested in the information, Dr. Katz says.

“We shared not only the data, but a range of concerns about the interpretation of the data from parents and our own professional experience,” says committee member Matthew Cohen, JD. “We helped to convince them of the importance of issuing the guidance. And we helped them identify areas that needed to be addressed.”

Mr. Cohen says the committee members discussed complaints made to the OCR from parents who have children with ADHD, along with highlighting the importance of academic accommodations as part of behavioral management for ADHD. They discussed best practices in treating ADHD, he says, and the importance of schools’ compliance with Section 504. The committee members stressed their concerns about inappropriate discipline for students affected by ADHD and how following Section 504 can help reduce the likelihood of students getting in trouble at school.

“We were particularly focused on ways that schools should be intervening and on ways schools could support kids with ADHD,” Mr. Cohen says. “It’s fair to say, because of us, many of the things we discussed are addressed in the guidance.”

Mr. Cohen says that the guidance, which must be followed by every public school in the United States, should help in three ways: it will educate and empower parents to promote their children’s rights; it will better inform schools about their responsibility and how to assist students affected by ADHD; and it will help OCR in how it responds to complaints brought by parents when there is a problem at the school.

“If schools are more aware of what can be done to assist kids with ADHD, there will be less frequency of kids not getting what they need,” Mr. Cohen says. “While the guidance is not the same as law, it will likely affect due process and court hearings regarding kids with ADHD.”

The guidance, he says, brings better clarity to the law and to both educators and parents when they work to apply the law to benefit students, he says.

“There have been many things OCR has addressed piecemeal in the last 25 years. The guidance pulls things together to provide a coherent statement and strengthen their position altogether,” Mr. Cohen says.

Dr. Katz is a clinical psychologist who has worked directly with parents and schools to help create 504 Plans. He has seen firsthand the frustration parents experience when a child who needs assistance is denied a 504 Plan or that plan is not properly employed.

“I always tell parents that I believe the school wants to do the best to help your kid, but they don’t understand your kid,” he says. “My feeling is that before (the guidance), Section 504 was up to interpretation.”

He frequently saw interpretation differences between school districts and even among principals and other educators within districts, he says. These differences led to students affected by ADHD not receiving 504 services or very limited services and accommodations. Many educators, he says, did not acknowledge that behavioral difficulties stemmed from a student’s ADHD diagnosis and could be addressed by a 504 Plan.

“This document says you have to consider that this child may have a disability if these behaviors are happening more frequently than other children,” Dr. Katz says. “There’s still room for the school to say, ‘We see this and we don’t think it happened because of ADHD,’ but they don’t have much to stand on for that.”

The document broadens the view of which students can and should receive 504 services or accommodations, he says. “We want to make sure we’re not missing the kids who need the 504 services.”

CHADD plans to continue the conversation with OCR and encourages parents whose children are affected by ADHD to also give their feedback to OCR, he says.

“I hope the document puts the pressure on schools to improve their services and improve their identification (of students) and accommodations and services to kids with ADHD,” Dr. Katz said, adding he plans to share his experience with the guidance with OCR when the new school year begins.

Parents can learn more about CHADD’s role in the creation of the OCR guidance on the CHADD Leadership Blog and can read the Dear Colleague Letter and Resource Guide on Students with ADHD for more information on how this can affect their children.