Rejection Can Be More Painful with ADHD 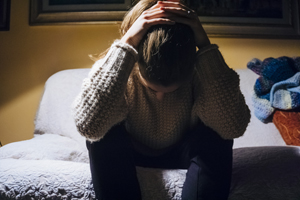 Nolle Matteson, writing for HealthyPlace, knows the pain that accompanies rejection. Like many people with ADHD, failed relationships and difficulty with managing emotions have made her reluctant to start new friendships or romances. It hurts too much, she says, to risk trying again.

“I used to wonder how others handled so many close relationships, since being rejected was almost unbearably devastating for me,” she says. “However, like many with ADHD, patiently waiting for a relationship was also never my forte, so I often felt caught between restlessness and the fear of rejection.”

The almost debilitating fear of rejection that sometimes accompanies ADHD has a name. William W. Dodson, MD, has dubbed it rejection sensitive dysphoria. He says it’s an often-overlooked part of adult ADHD.

“Rejection sensitive dysphoria (RSD) appears to be the one emotional condition found only with ADHD,” Dr. Dodson says in Emotional Regulation and Rejection Sensitivity for Attention magazine. “Early research on ADHD intentionally ignored rejection sensitivity because it was not always there, it was often hidden by the person with ADHD, and because there was no way to measure rejection.”

Emotional dysregulation is when a person feels an emotion so intensely that the emotion takes over and cannot be subdued. With rejection sensitive dysphoria, Dr. Dodson says the person experiences extreme emotional sensitivity and pain triggered by the perception—real or imagined—of being:

The emotional pain the person experiences is real and extreme, says Dr. Dodson, and not easily dismissed.

“The pain is so primitive and overwhelming that people struggle to find any words to describe it,” he writes. “They can talk about its intensity (‘awful, terrible, catastrophic’) and cannot find words to convey the quality of the emotional pain.”

In reaction, these individuals often either become people pleasers or withdraw and abandon their own goals out of fear of failure.

“The other most common way of protecting oneself from the extreme pain of RSD is to give up trying anything new unless one is assured of quick and complete success,” Dr. Dodson says. “The notion of trying and failing or being turned down is just too painful to risk. They don’t go on dates. They don’t apply for jobs. They don’t speak in meetings or make their ideas and needs known to anyone.”

“The negative consequences of rejection sensitivity can feed a vicious cycle in which past trauma is repeated,” says Juliana Breines, PhD.

Dr. Breines suggests learning to respond reflectively, after considering the situation and the other person’s actions, rather than reflexively.

Ms. Matteson explored what she could do better handle her feelings of being rejected and the accompanying feelings of shame and hopelessness. She suggests:

—adapted from Dealing with Rejection Sensitive Dysphoria (RSD) and ADHD

What you can do to manage rejection sensitivity

Feelings of shame related to RSD are very common and often hold people back from getting help. Dr. Dodson emphasizes that help is available. Taking the risk to talk with your mental health professional pays off.

Dr. Dodson says there are some medications that have been found to be helpful for some people. Pursuing effective treatment for ADHD and coexisting conditions can also help. Therapy can be helpful, especially when focused on recognizing emotions and creating coping responses.

Join the discussion: Do you experience RSD? How do you address rejection in your life?

Rejection Can Be More Painful with ADHD

Ready to Play Ball with ADHD